Ngunjiri Wambugu: Tuju Must Leave Jubilee Due To The Following Reasons

By RailaRutoToLiberateUs (self meida writer) | 1 months

Nyeri Town Member of Parliament Honourable Ngunjiri Wambugu has come out to castigate Jubilee party secretary-general Raphael Tuju. This is according to a post made on his official Facebook page. 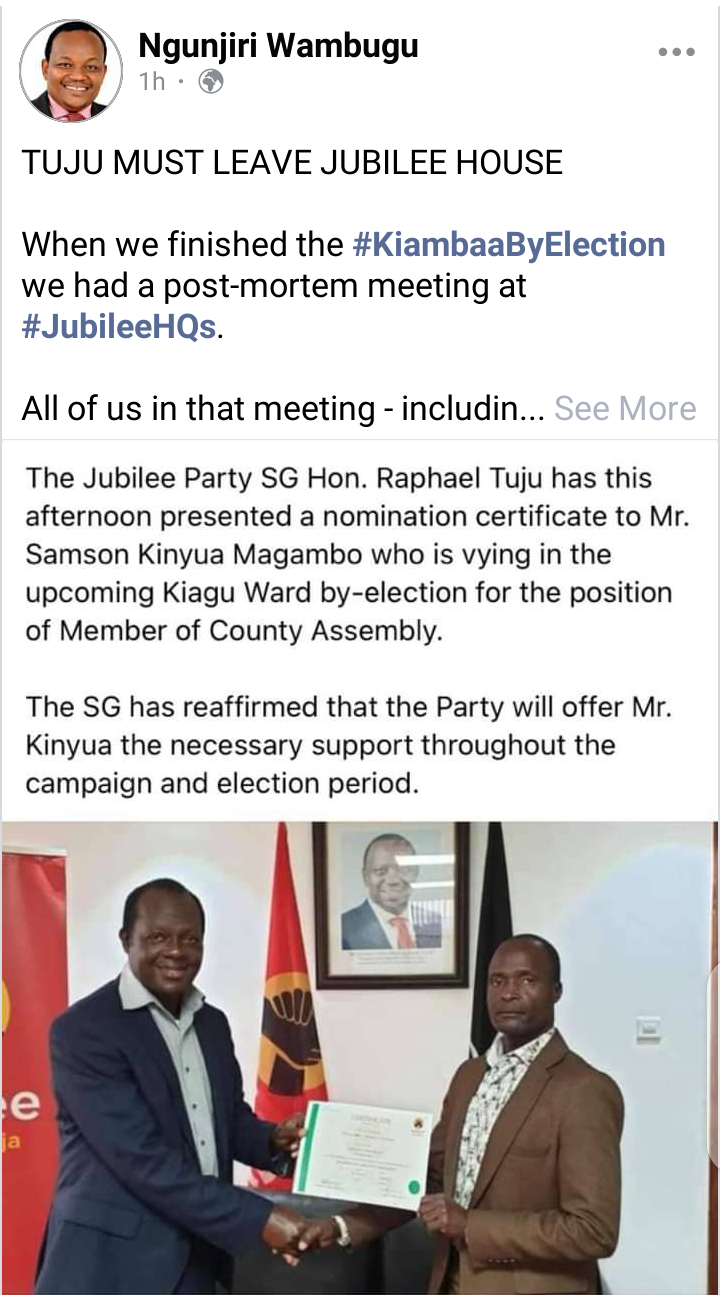 Today the Jubilee Party members of Parliament from Mount Kenya region met to chat the way forward for the region ahead of the 2022 general elections. In the meeting Raphael Tuju's name featured prominently after he was accused of mishandling the party. "Rafael Tuju one of the people we were told needs to be changed as a Party leader. If Jubilee is to survive without consulting anyone and especially the party's political wing that was involved in the recent by-elections. He decided to go against our post-Kiambaa agreement and issue a certificate to field a Jubilee candidate in Kiagu, Meru County" Lamented Ngunjiri.

Nyeri Town Member of Parliament Honorable Ngunjiri Wambugu Speaking At A Past Even: Photo File

According to the arguments from the outspoken member of Parliament, the former member of County assembly from the region was not from the ruling party and therefore it does not stand to lose anything if a candidate is not field. For those who are working tirelessly to rebuild the party such kind of misinformed actions could bring more political damage to their party. 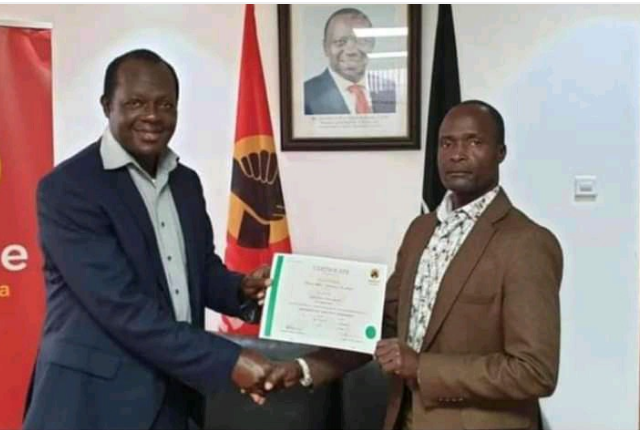 The member of parliament also went on to sympathize with one candidate who is among the top contenders for the position that fell vacant after the death of former member of County assembly.

Content created and supplied by: RailaRutoToLiberateUs (via Opera News )

Moses Kuria Spills Beans ; Here Is A Secret Deal Between The President And Kalonzo

Musalia Mudavadi Warns DP Ruto and President Uhuru, Reveals What May Arise Because of Their Division