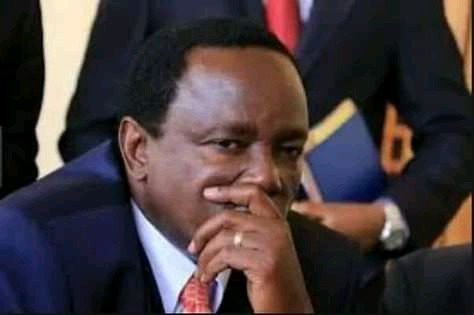 One Kenya Alliance (OKA) principals, Musalia Mudavadi, Kalonzo Musyoka, Moses Wetangula and Gideon Moi were on Tuesday 18th, May issued a press release where they noted a number of issues which included a report from their technical committee on the formalization of their alliance.

They also for the first time jointly registered their dissatisfaction with the high court ruling on the Building Bridges Initiative (BBI) Bill process, but advised Kenyans to not to court names and be patient as the court of appeal will likely overturn the ruling.

Lastly, the four principals also congratulated the senate for successfully confirming the impeachment of Wajir county Mohammed Abdi terming it as a great step in the fight against corruption in the country. 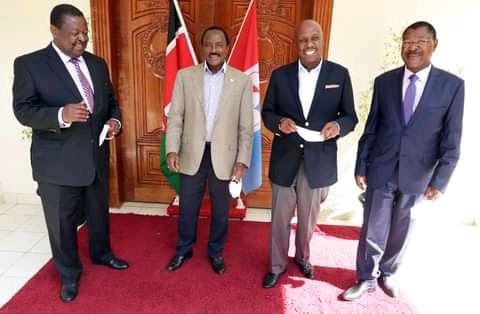 However, a number of Kenyans were not satisfied by the press release of the four saying that it did not actually address the bigger issues affecting the common citizens and only concentrated on the issues that benefit the politicians themselves.

Here are some of the reactions from a section of the citizens who felt disappointed by the four principals.

"Nonsense, you thought president Uhuru was above the law?" Kipkoech Mackson.

"You had no agenda, your agenda was principals," Enock Ongera.

"You're ever confused Mr. Kalonzo, we can't move with the people who do not have a stand,"

"Avoid repeating yourself, use another word for principals, like the two senators and two former vice presidents," Anthony Makau.

"Who has bewitched you, which Kenya are you referring to?" Jamlick Nyahs.

"Cowards of the century with hired minds. High court uphold sovereignty of Kenyans on the implementation of 2010 constitution," Tanjos De Gambler. 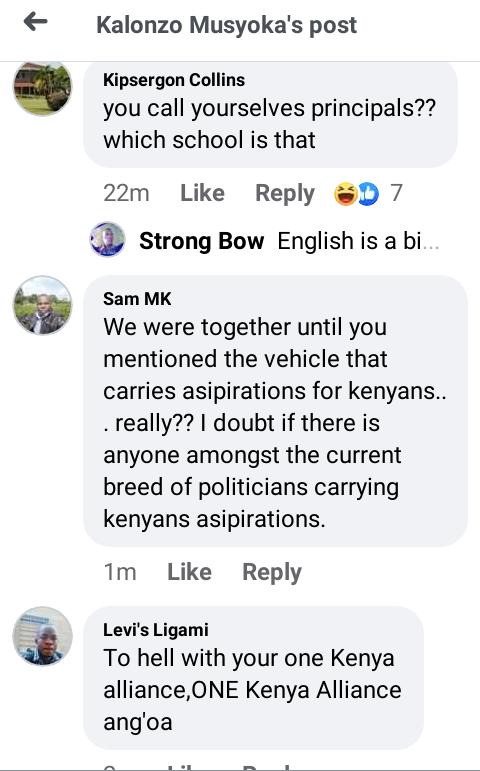 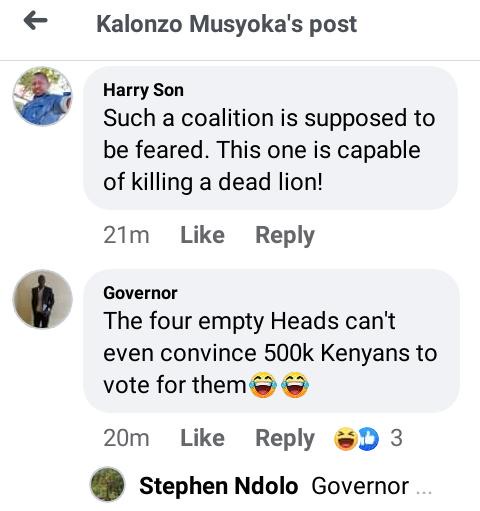 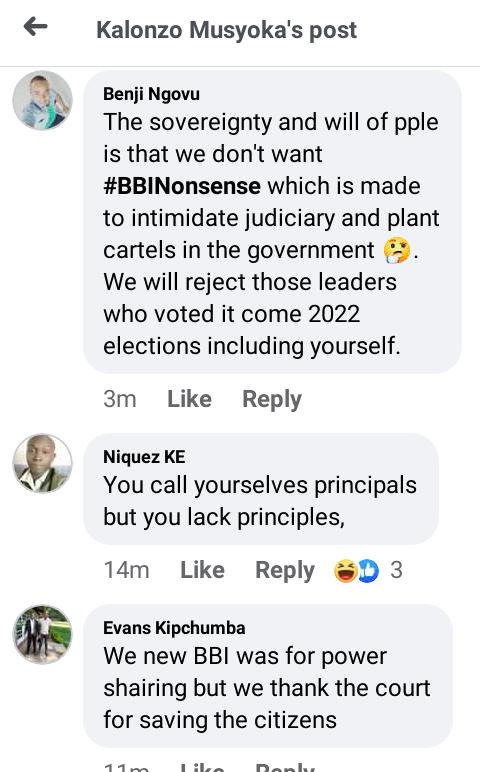