Embattled lawyer Miguna Miguna has torn at the Azimio La Umoja camp for using state machinery to conduct campaigns for their presidential candidate Raila Odinga ahead of the forthcoming elections.

Miguna was reacting after allies close to former Prime Minister Raila Odinga landed in Nyamira in seven choppers to attend seven rallies in the county. 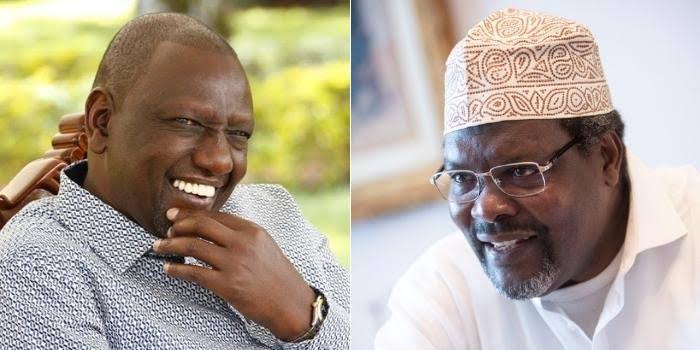 The exiled laster aimed at covering such an event widely yet it did not deserve the kind of coverage they accorded it during the Raila Odinga led campaigns.

According to Miguna, there were more glaring issues that the media could have covered and felt Deputy President William Ruto would have been under scrutiny if he was the one using the choppers.

He provides that if it was the Deputy President who had landed in one of his campaign rallies in a helicopter, the headlines of most media houses will be questioning why the deputy president was wasting money while other Kenyans died of hunger. 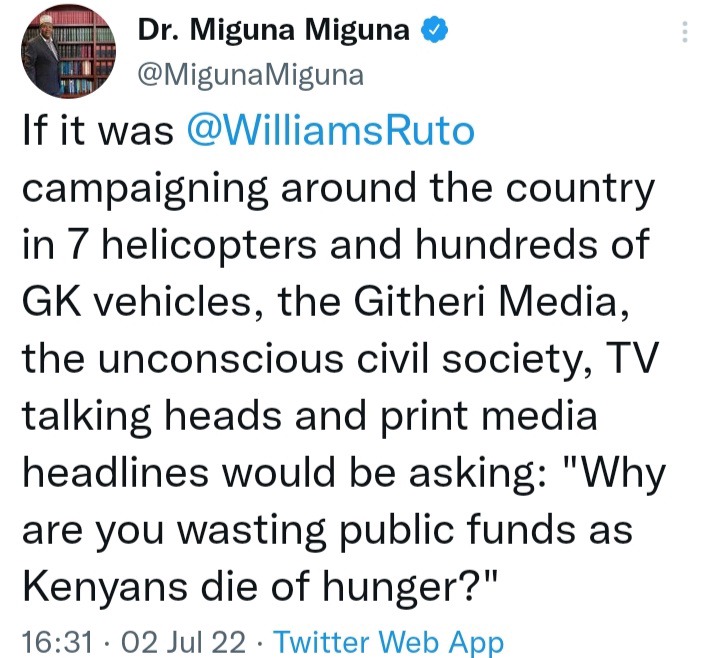