By Caffeinated_Blogger (self media writer) | 1 month ago

Senator Sam Ongeri of Kisii has launched his candidacy for the Kisii County gubernatorial seat come 2022. 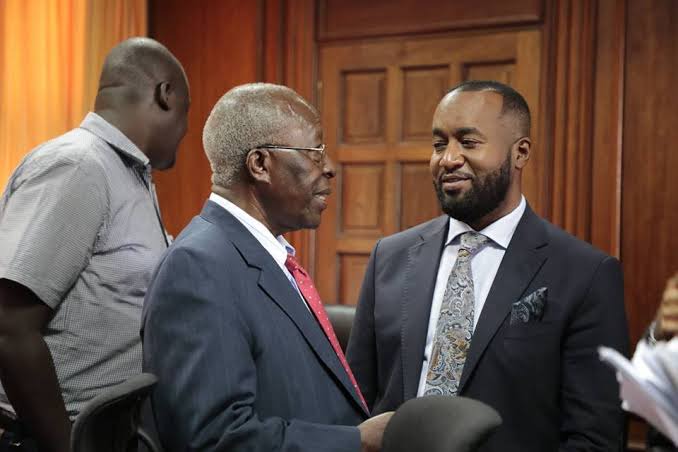 The seasoned politician and career medical doctor-pediatrician, who is now 83 years old, said he has committed to devote the rest of his life to improving the well-being of Kisii County citizens.

“After years of service, I am sure I could easily have retired into a life of comfort and ease as an elder statesman, or as a beneficiary of any one of the nation’s many generous offerings. But I think I perfectly fit the criteria of the person Kisii needs at this point in time to take it to even greater heights,” Ongeri told the Standard.

In the race to succeed Governor James Ongwae, whose second and last term ends in 2022, Ongeri is likely to give Dagoreti North Member of Parliament Simba Arati a fight for his money. 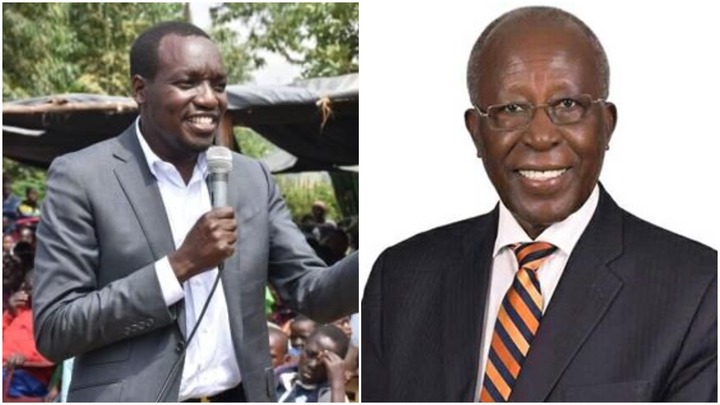 The Kisii Senator, on the other hand, has been chastised by his furious opponents, who frequently point to his age as a reason to rule him out of the race.

Arati told Senator Sam Ongeri to quit from politics due to his late age on Sunday, November 28, during a fundraiser at Etanda PAG in Kitutu Chache North, adding that he would only play league with his kids and not him.

Despite the criticism, the Senator stated that he will not give in to his bitter rivals' pressure, claiming that he is running for governor only for the love of his county and concern for its future and the plight of its people.

“And that is why I am still in the struggle and will remain in it to the end. It should be clear that I am not in this for the love of office or for pursuit after personal glory or in order to achieve some personal goal,” Ongeri says. 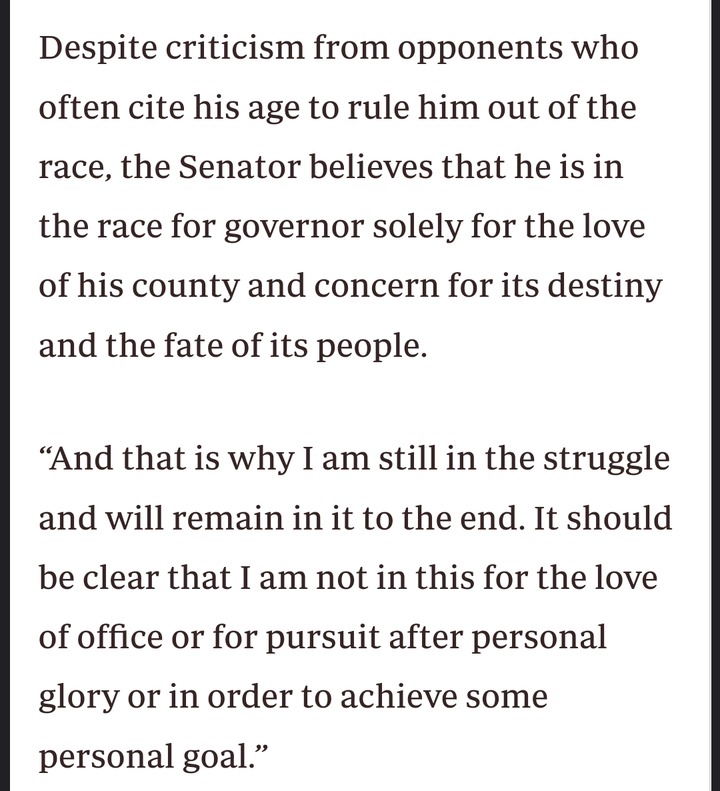