Two days ago, Kenya's second independence-era Attorney General James Karugu died at 86, this was confirmed by his family members. 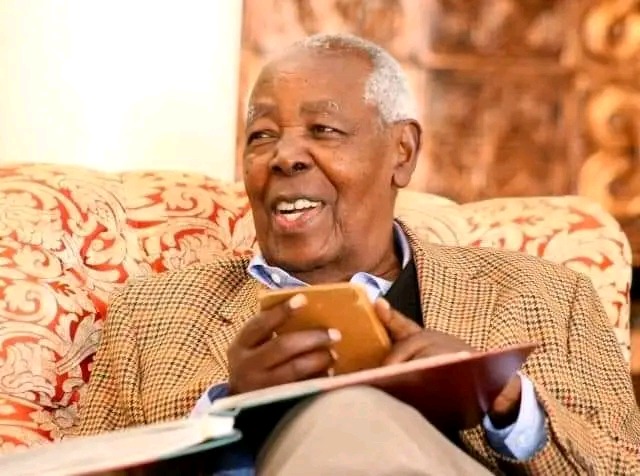 Little was known about the former Attorney General as he lived a quiet life. He took over from Charles Njonjo in April 1980 when he was appointed by the former president Daniel Moi, however, he only served for 17 months and resigned in 1981.

Since his resignation, he had been out of the limelight, however details have emerged on how his public service career ended just in his 40s.

According to a local publication, James Karugu never resigned willingly but was forced out of the office by the then president Daniel Moi. He was summoned to the state House where he found former chief Secretary Kiereini and former permanent Secretary in the office of the president Simeon Nyachae.

Moi reportedly had no time to discuss with him but demanded that he Resigns with immediate effect without explaining to him the reason behind it.

He went back to his office and drafted the resignation letter which he asked the journalists not to make public atleast during his lifetime.

"In strict compliance with your instructions today at the state House at 3pm, in the presence of chief Secretary Mr Kiereini and permanent Secretary Mr Simeon Nyachae to resign, I hereby submit my resignation effective immediately as directed by your Excellency" read part of the letter released by the Weekly Review (Nation Africa)

"Not Unnaturally, I would have been most obliged if specific allegations if there are any had been revealed to me and perhaps an opportunity given to me to explain, However, Mr President as you indicated that you did not wish to discuss the matter I must respect that decision and your wisdom in the matter" continued the letter.

That is how The former Attorney General James Karugu resigned at 45 and retreated to his home. 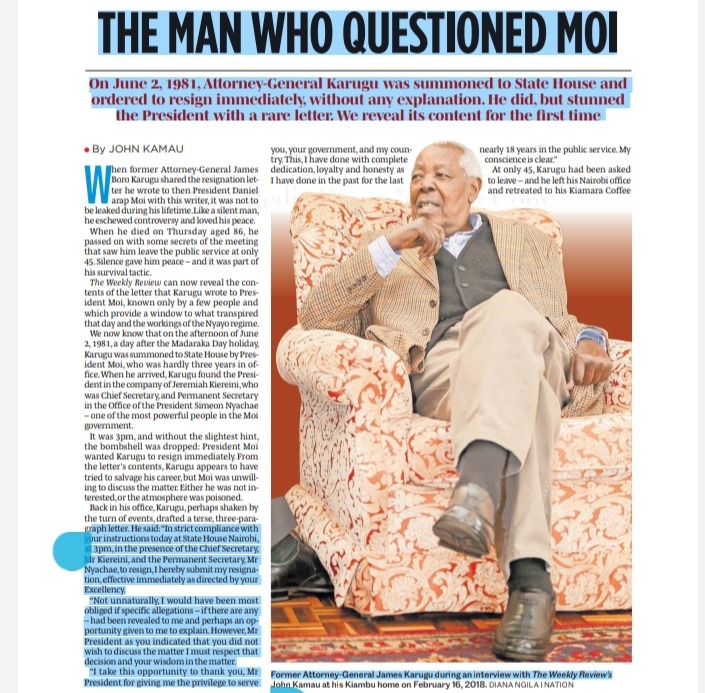