Meet The Man Who Stood With Moi at His Worst Moment 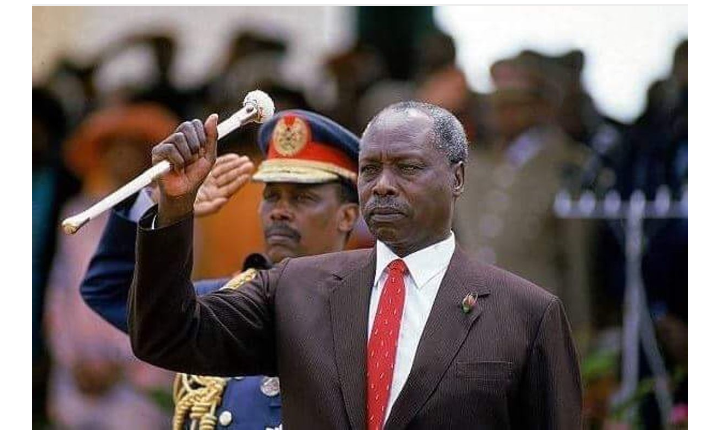 On Sunday, August 1, 1982, the nation woke up to reports of a coup, planned and executed by air-force servicemen under the leadership of Senior Private Hezekiah Ochuka.

President Daniel Moi was at the time enjoying his weekend at his Kabarak home in Nakuru and was forced to drive into hiding as forces loyal to him successfully suppressed the poorly planned seizure.

And though many army men played a major role in Moi’s safety and movement back to the capital amid the scare and anxiety, Brigadier (rtd) Phillip Kipkoech Chebet was at the middle of it.

Having just arrived at his home in Nakuru from a two-week tough exercise in Lodwar at 6 pm on July 31, Chebet would not even have time to get enough sleep, as early the next morning he was woken up by his wife over the coup.

Shortly after, he was summoned by Brigadier Joseph Musomba, commander of 2 Brigade, to report to the Command Post at the 3 Kenya Rifles Unit in Lanet, Nakuru.

“When I arrived at around 9 am, Brig Musomba told me that there had been a coup by Kenya Air Force servicemen. I retorted that the servicemen had no capacity to stage a successful coup without other other services,’’ he is quoted by a Standard Publication dated July 2018.

It is here that he was instructed to escort the President to Nairobi, under stern orders to ensure that the head of state arrives safe and sound at the Nairobi State House.

“Brig Musomba instructed me that I was to escort President Moi from the State House in Nakuru to Nairobi. My orders were to ensure that the Head of State arrived safely at State House Nairobi,’’ he is further quoted.

Sure that the rebel forces would obviously target the President, Chebet requested for four armored vehicles to ferry the President, all fitted with anti-craft machine guns capable of combating low-flying crafts.

Soon he was at the state lodge to pick the then very agitated Moi, after which they agreed with his colleagues to sandwich him between two armored cars at the front and two at the back.

‘’We persuaded him to calm down as we made preparations for his evacuation. We decided to sandwich the president’s motorcade. Two armored cars were to lead the convoy followed by two lorries and a Land Rover full of soldiers armed to teeth,’’ he is quoted.

At around 2 pm, the motorcade reached Uplands, Nairobi and though crowds were already gathering, gunshots could still be heard in the city.

The convoy entered State House at around 4 pm, after Moi held several roadside meetings with the people to assure them of his safety and the nation’s stability.

This was after forces allied to Moi suppressed the coup.