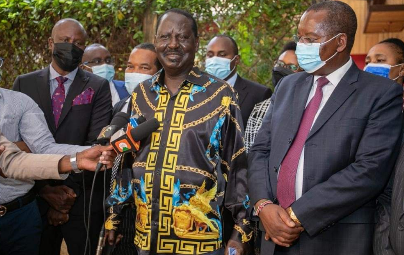 For a while now, President Uhuru Kenyatta has been considered to be banking on the former Prime Minister Raila Odinga to become the fifth president of Kenya, with the latest being a day ago when the duo make inroads in Kibra, Nairobi to commission NMS hospitals.

The strategic move by the Mount Kenya Foundation Group to meet, listen and endorse Raila for the top seat has also been rumored to have been initiated by the President, who is keen in his succession matrix.

Although Deputy President William Ruto announced that he is waiting for any endorsement or support from his boss, his allies called upon Uhuru not to influence his succession, and that he should retire from politics just as Mwai Kibaki did. 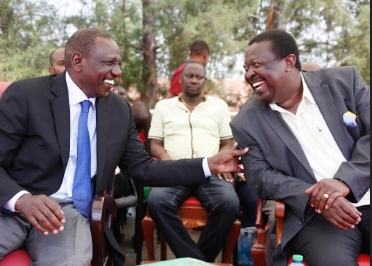 In support of Tanga Tanga's view, Musalia Mudavadi's deputy Ayub Savula speaking with the Star stated that Raila will not win the presidency even with Uhuru's support since he will be considered as a government project and hence suffer from 'incumbent baggage.'

“When you are termed a project, you will fail. Uhuru was termed a project of Moi, he failed. Uhuru has one vote. The influence of state machinery is nothing. In 2002, we thought Moi was very influential but Kibaki won with a wave. By December Uhuru will be powerless,” said Savula.