Former Nairobi Governor , Mike Mbuvi was on Tuesday evening whisked away by police officers after he was nearly involved in fist fight with incumbent Mombasa governor Ali Hassan Joho.

Sonko was involved in heated conversation with both Joho and ODM's gubernatorial aspirant for Mombasa , Abdulswamad Nassir before the police officers were forced to intervene.Nearby crowd had gathered round the incident in order to witness the scuffle among the politicians.

According to reports from sources , Sonko had told the media that Joho and Nassir were planning to steal votes by using intimidation tactics.Sonko courageously stated that they can't allow the two leaders to steal votes.

"They are planning to steal votes, we are done with such intimidations, they wanted us to leave and we will not be shaken," Sonko stated.

It is reported that the police were forced to whisk away the former Nairobi governor after he was almost engaging in a fight with Hassan Joho. 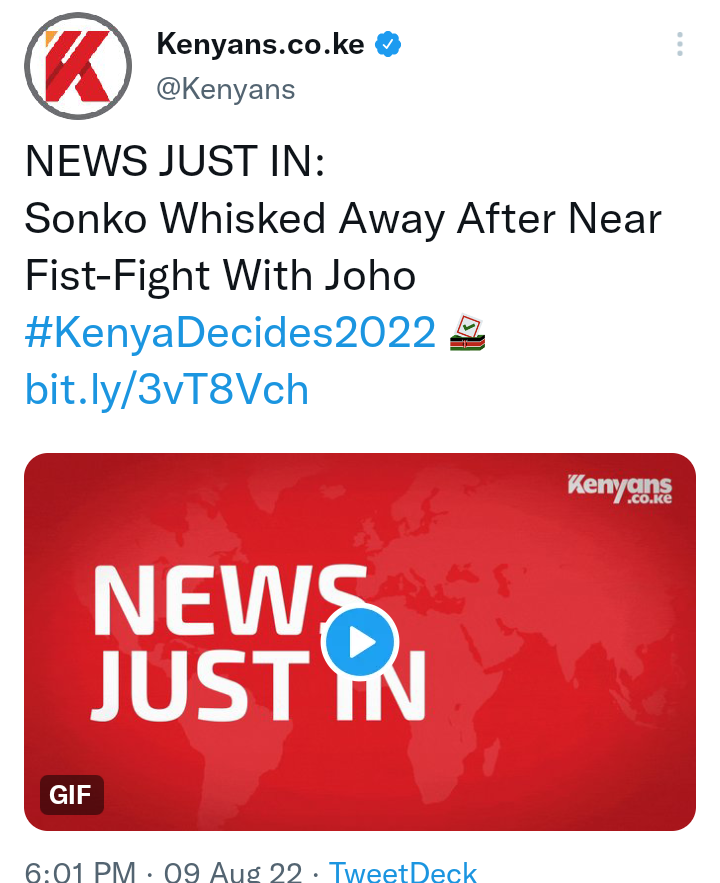