Demas Barasa, a Kimilili MP, is accused of shooting Brian Olunga, a supporter of Brian Khaemba, on election day. According to a police report, Olunga was shot in the forehead by Barasa after Khaemba and Barasa argued at the Chebukwabi polling place. According to the autopsy, Olunga bled to death after the bullet entered his head.

After being allegedly shot on election day by Kimilili MP-elect Didmus Barasa, Brian Olunga, a political aide to Brian Khaemba, died from a gunshot wound to the head, according to an autopsy performed on his body. 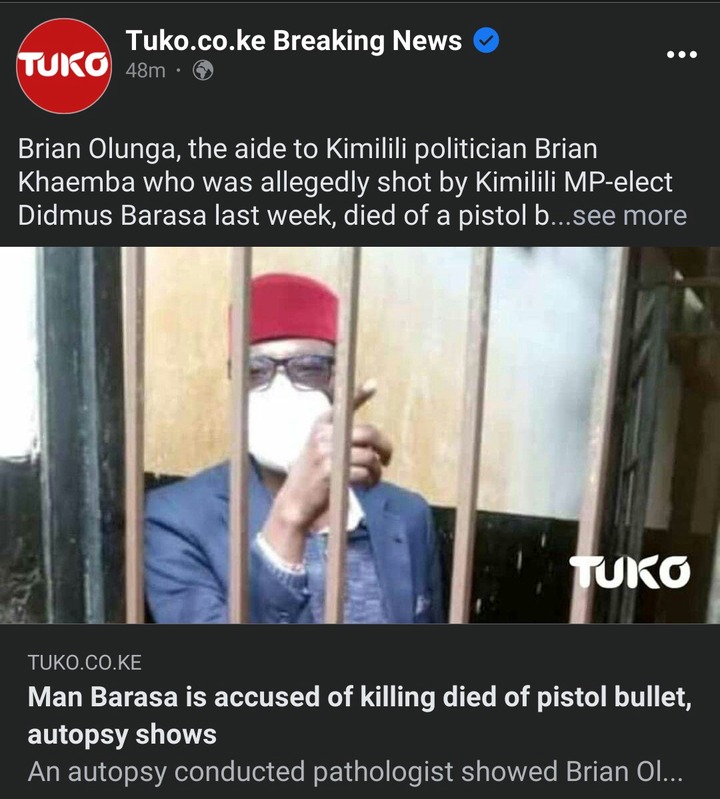 On Tuesday, August 16, an autopsy revealed that Olunga had died from extensive hemorrhage. DM Muchana, a pathologist for the western region, claims that Olunga was shot at close range with a pistol bullet that struck his brain and lodged there.

Barasa, who was named the MP-elect for Kimilili, was held in custody for ten days while the murder of Olunga was being investigated. The ODPP stated it wished to work with the Witness Protection Agency (WPA) to protect witnesses "who indicated fear to testify" while asking for additional time.

In addition to wanting to know who killed Olunga, he had earlier claimed he did not shoot the man. The claimed he arrived at the police station after discovering he was wanted by television stations, and he denied leaving the country after the incident. The body's postmortem was performed on Tuesday at Bright Mortuary in Kimilili. Two hours were spent on the process.

Here is how some Kenyans reacted; 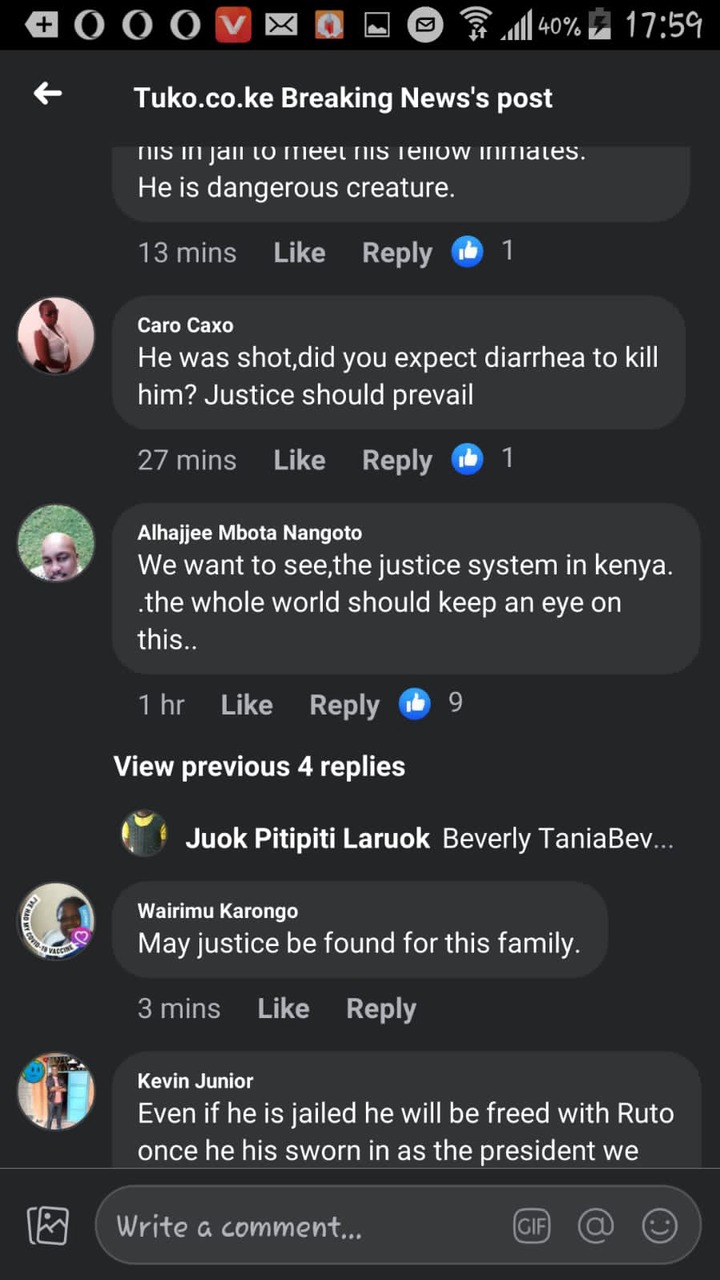 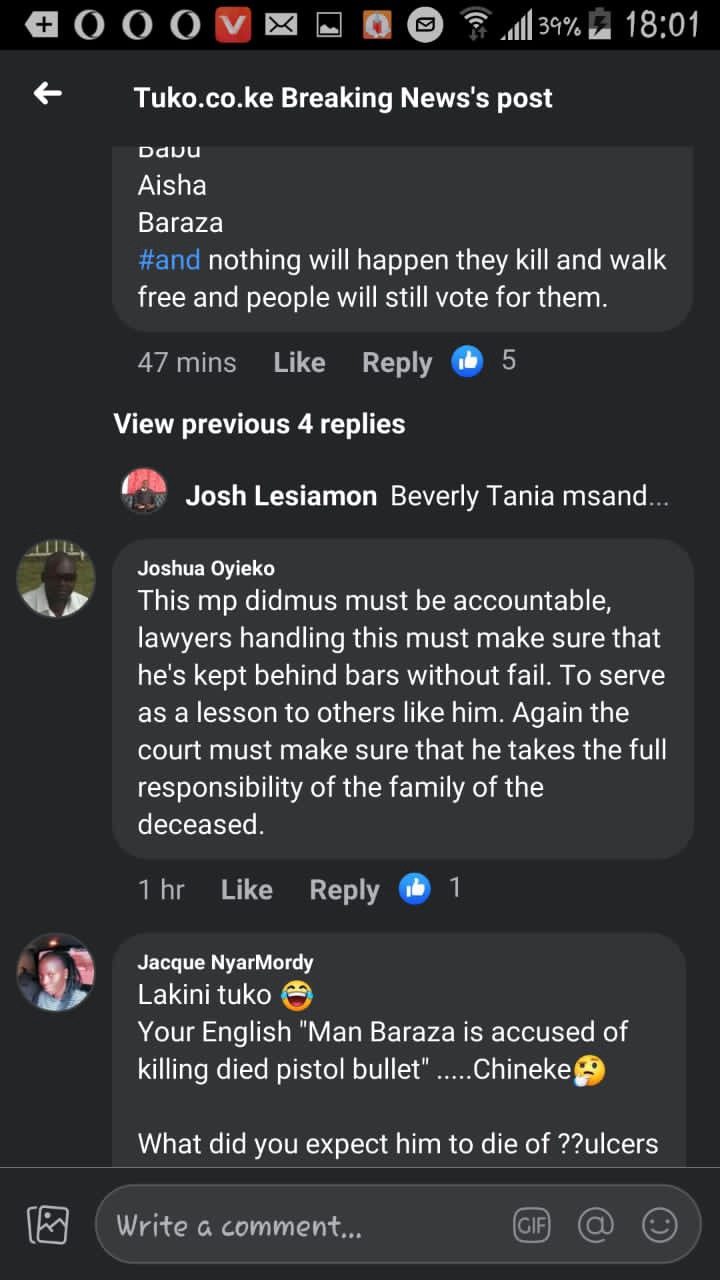 What President William Ruto Will Be Dealing With In Kenya Kwanza Government, Gachagua Reveals

"We Have Left Ruto To Deal With The Economy And Smaller Jobs Of Cattle Theft Are Mine." Gachagua Say

"Tell us How Much Was Used" Kigame Slams Ruto's Government Over Governors, Senators, MPs Induction