A Few weeks ago, Orange Democratic Movement party leader, Hounerable Raila Odinga together with his allied leaders toured the coastal region, with an aim of selling the Azimio La Umoja drive to the people. Surprisingly, several governors in the region failed to attend his meetings raising questions on what was happening. Mombasa county governor, Hounerable Ali Hassan Joho clarified that he was out of the country during that time hence could not attend the event. 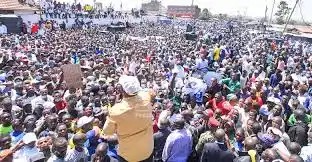 Well, today, Kwale County governor Hounerable Salim Mvurya has welcomed Deputy president William Ruto to his county. Taking to his social media account, the governor has reported that Ruto was around for an event which is linked to a church development. Is this an indication that Salim is in United Democratic Alliance party? Well, he has not yet declared but from Msambweni by election where he defeated Orange democratic party Candidate with an independent Candidate, it is a clear message that he might finally support Ruto instead of Raila Odinga. 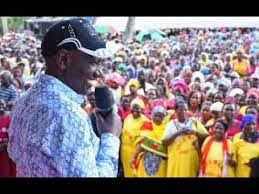 Orange Democratic party leader Hounerable Raila Odinga is fighting to take control of the region that he has been enjoying support from it for many years. But he recently lost Kilifi County governor, Hounerable Amason Kingi who formed his own party. This is a big blow to him since he is forced to search for new allies ahead of 2022 general election. He is now banking on governor AlibJoho to deliver coast region votes come 2022.

The second in Command on the other hand is working so hard to win over regions which hasve been supporting Odinga in the past elections. 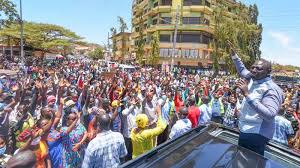 He has intensified his Campaigns in Western, lower Nyanza and coast region where he is so determined to make a mark. Ruto is receiving allies from Mount Kenya region who are decamping from Jubilee Party ahead of next year's general election. He is banking on them to deliver over five million votes from central region, something that will deliver his presidential dream and make him be the fifth president of the republic of Kenya.

Revealed: Powerful Governor Allied To Raila Odinga Who Snubbed His Meeting In Naivasha