By Benadhizo (self media writer) | 11 months ago 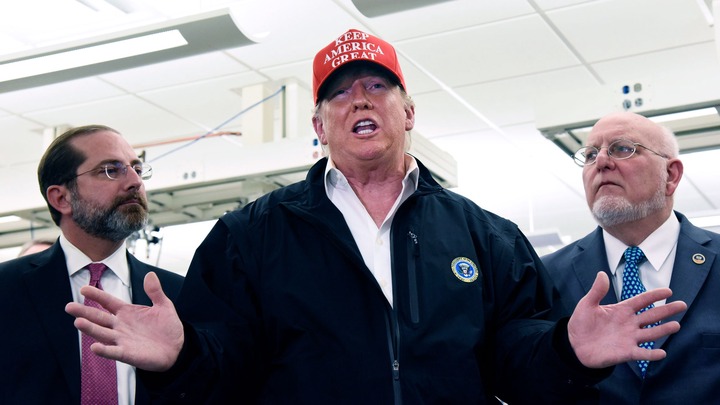 “To all of those who have asked, I will not be going to the Inauguration on January 20th,”

This message came twelve hours after he had been banned to use Twitter. The ban came after the attacks at the Capitol Hill after the alleged supporters of Trump caused meyhem.

The skipping of president Donald Trump counts him in the list other Presidents Who also skipped their Successors inauguration. 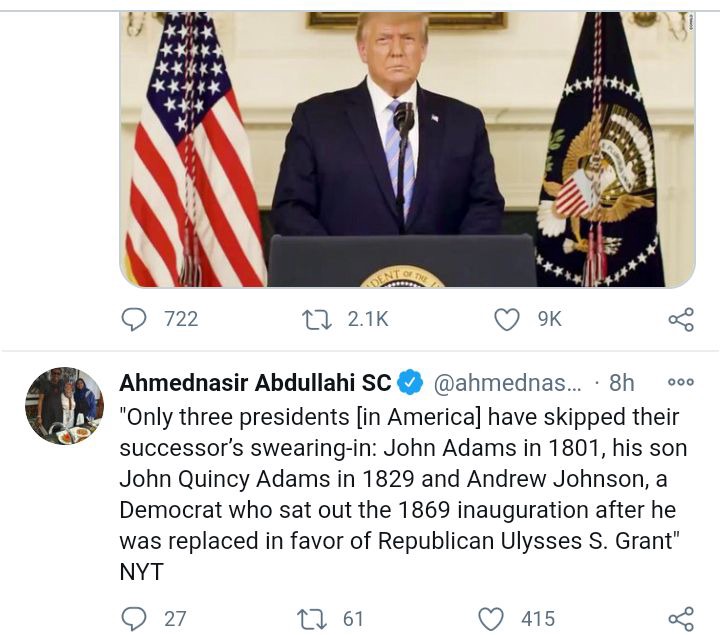 In the list there are only three Presidents of United States of America that have skipped the inauguration. These include: John Adams, 1801, his son John Quincy Adams also skipped in 1829 and Andrew Johnson, a Democrat who sat out of the 1869 inauguration after he was replaced in favour of Republican Ulysses.

Trump's Skipping makes him number four in list of the US Presidents.