President William Ruto has been trying to make sure he delivers to Kenyans in his first 100 days in office as he aims a certain target based on the promises he gave to Kenyans during campaigns.

Kenyans have now been told how Ruto will perform in his when comparing him to his predecessor Uhuru Kenyatta.

President Ruto has been aiming to do more work than Uhuru to make a new change in Kenya in the aim of fixing the errors that he noticed in Uhuru's former government. 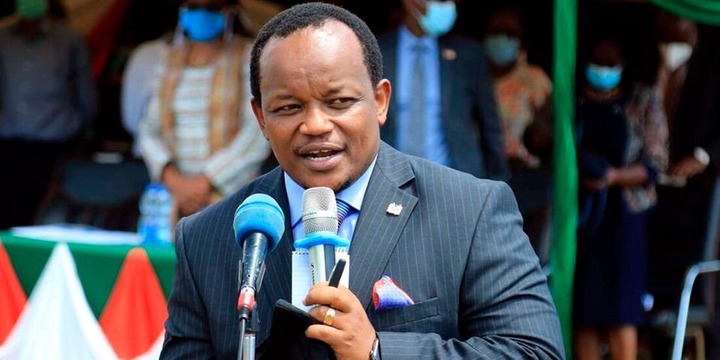 Ngunjiri Wambugu has made an important observation in the manner in which! Ruto has been running his administration in the first few days in office.

Ngunjiri Wambugu in his latest Facebook post has finally predicted that William Ruto will do better than Uhuru. He says that for those who love politics, they will enjoy Ruto's term in office as he balances the different tasks behind him.

"....This one thing am certain, Ruto will do better than Uhuru," he posted. Kenyans on social media have ganged up against him saying that he is now double minded speaking in favor of Ruto because during the Presidential campaigns, he was against Ruto. Kenyans have slammed Ngunjiri Wambugu saying that if he had not opposed Ruto during campaigns, he would have been reaping big as he would one of the close confidants of Ruto. 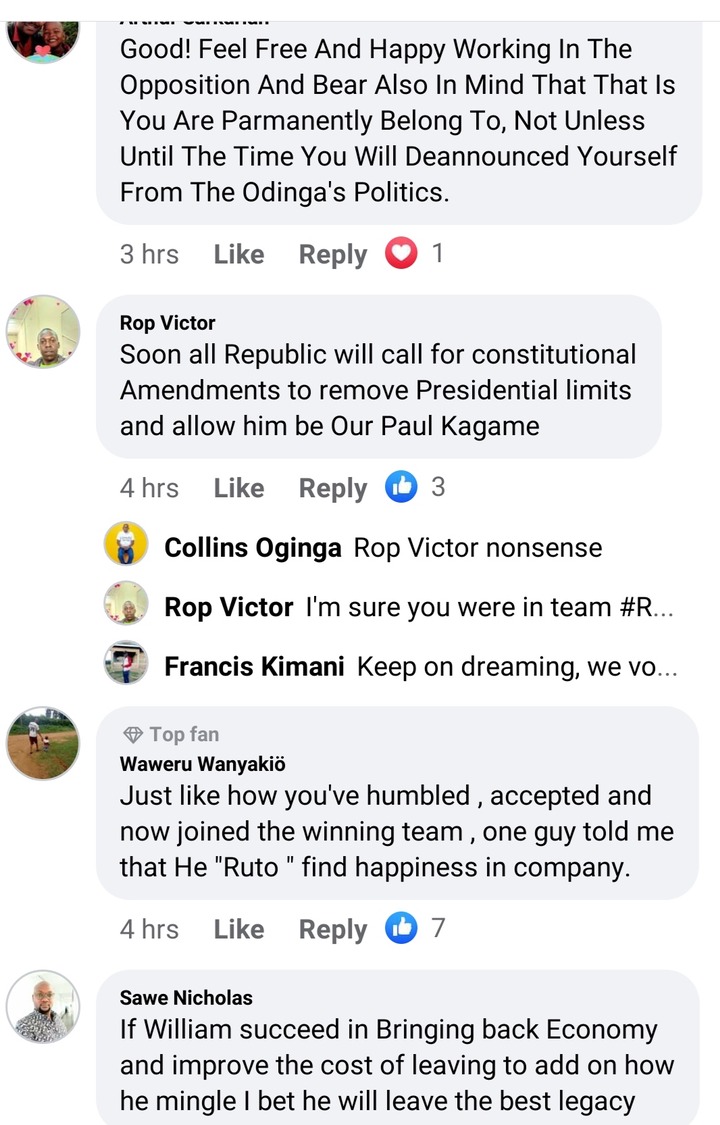 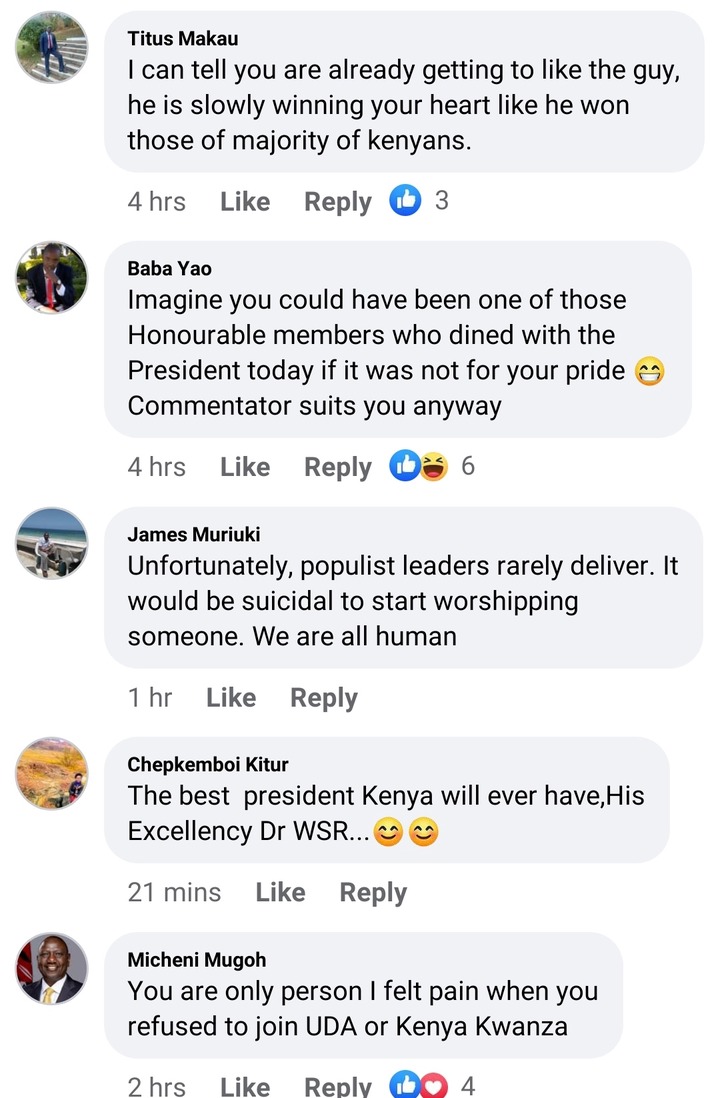 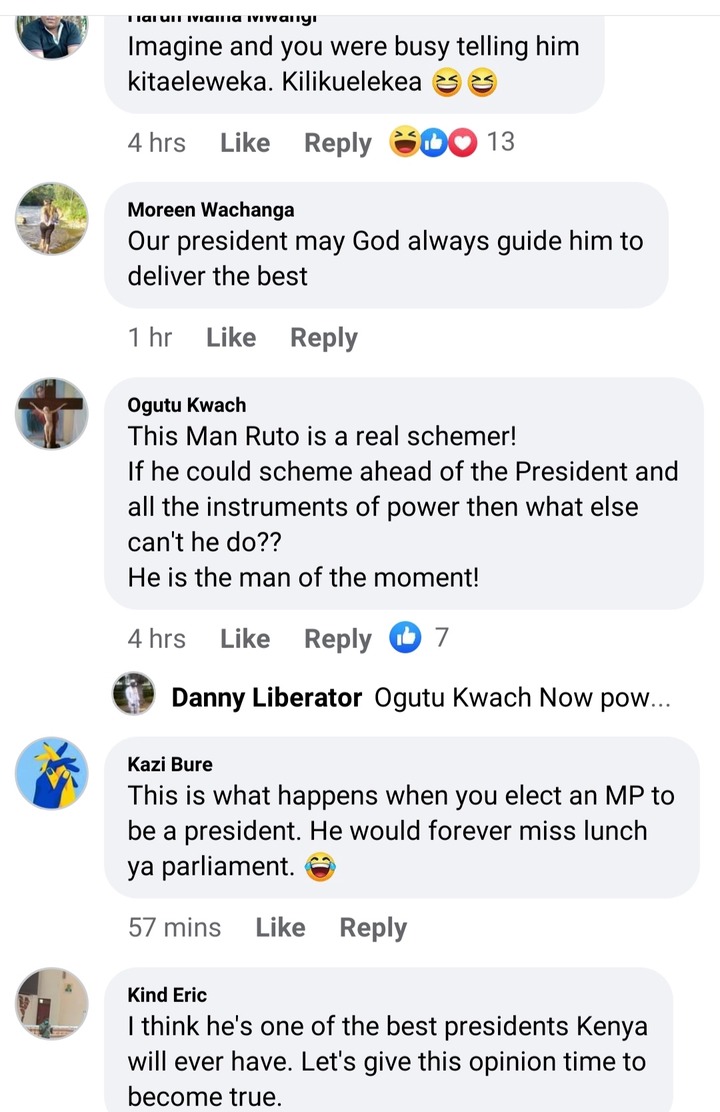 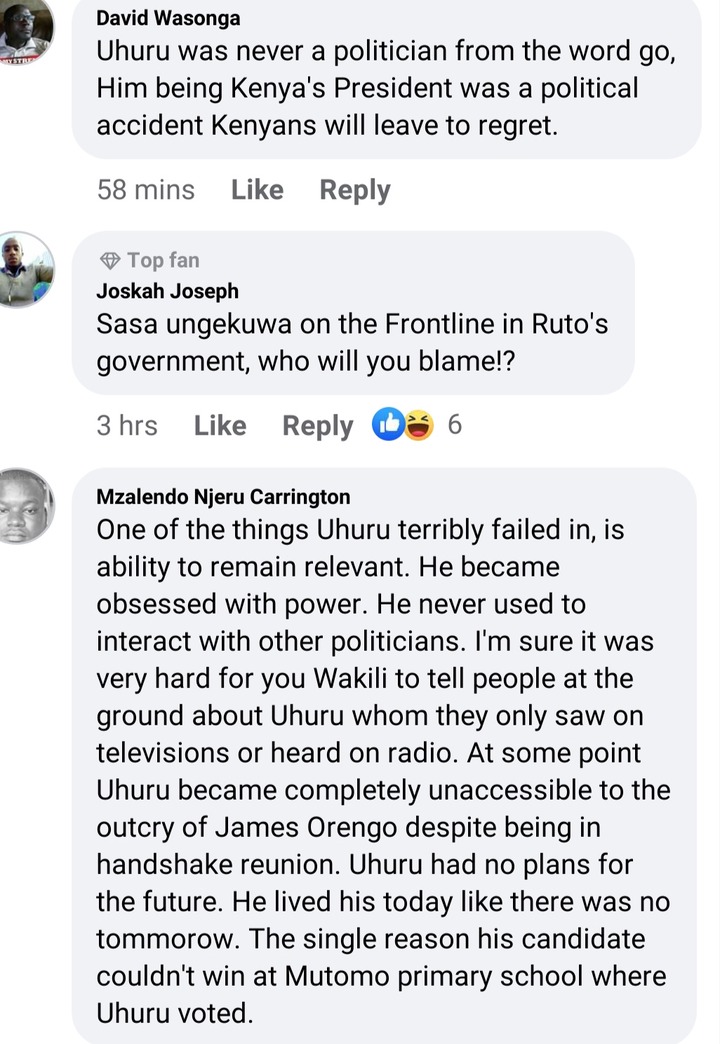 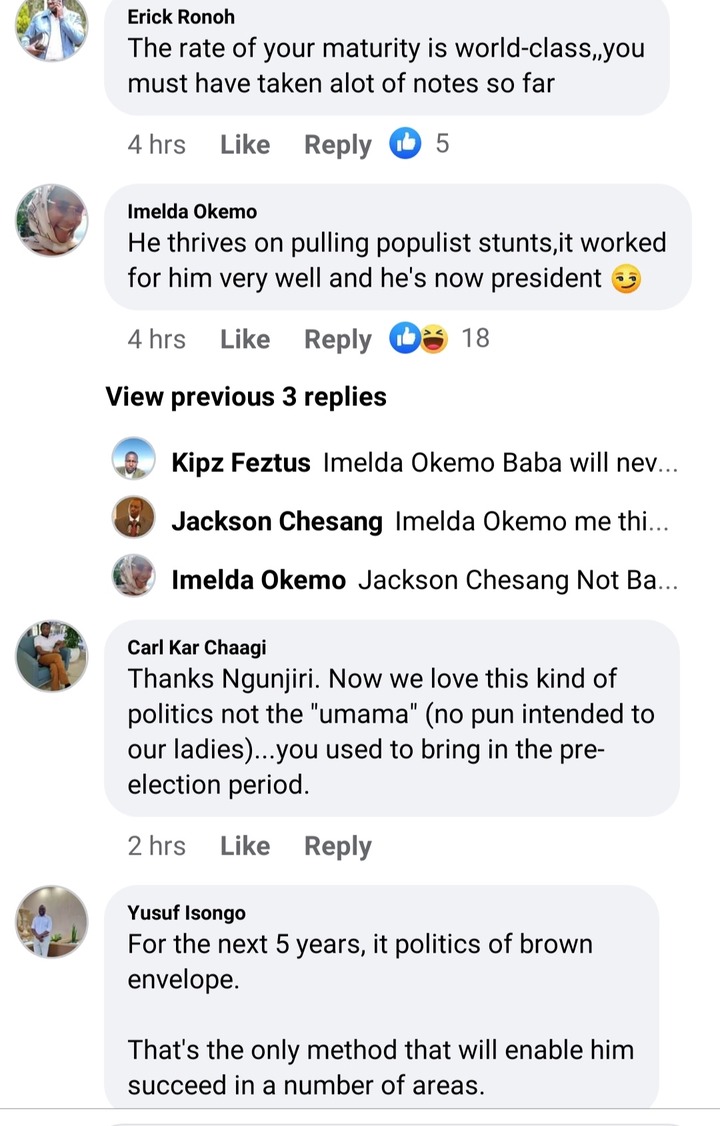 " I Have Warned You In Advance, Don't Blame Me Later" President Ruto's Sends Message to Opposition

Ruto Fires Back at Raila Over The Planned Protest (Video)