By Soccor.updates.com (self media writer) | 5 months ago 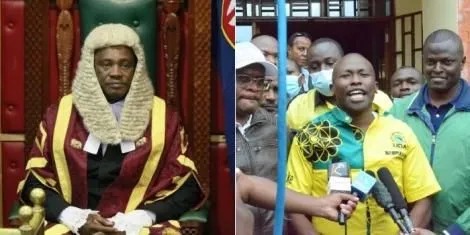 On Thursday, December 2, the Speaker called out MP Kawanjiku for not showing up with Muturi questioning the member's commitment to the House sessions.

Speaker Muturi was visibly agitated by Kawanjiku's absenteeism after it was reported that the MP was missing from the House yet the lawmakers were supposed to approve his nominees to the Kiambaa National Government Constituencies Development Fund (NG-CDF) committee.

The Speaker asked other lawmakers to inform the newly elected lawmaker to ensure he attends House sessions especially when it is in regard to matters affecting his constituency.

"I will not put the question unless until the member is here so that he understands. You know he just came to parliament the other day. Now, these bad manners of coming in and going away, he thinks this is going to be the streets.

"I will defer that one to tomorrow when he is there. If he doesn't come, the question will not be put because it is him who should be in the forefront, ensuring his committee members are approved. Why should the other members be the ones to approve his nominees?" Speaker Muturi asked.

Speaker Muturi blasted the lawmaker who he opined thought he will work for his constituency while touring the villages.

The Speaker told the MP to present himself in the House and participate in motions that affect his electorate. He proceeded to defer the motion.

"You know this is the problem, and I have always told members these are some of the people that need to be taught things.

Cases of MPs not being active in Parliamentary matter is not new. In 2020 a report showed that 19 lawmakers never uttered a word in the House.

The report compiled by Mzalendo Trust, a Parliamentary Monitoring Organization (PMO), noted that the legislators' performance undermines the role of the House.

The Mzalendo report highlighted that the MPs' failure to speak in Parliament since 2019 made output in the 12th Parliament below par. 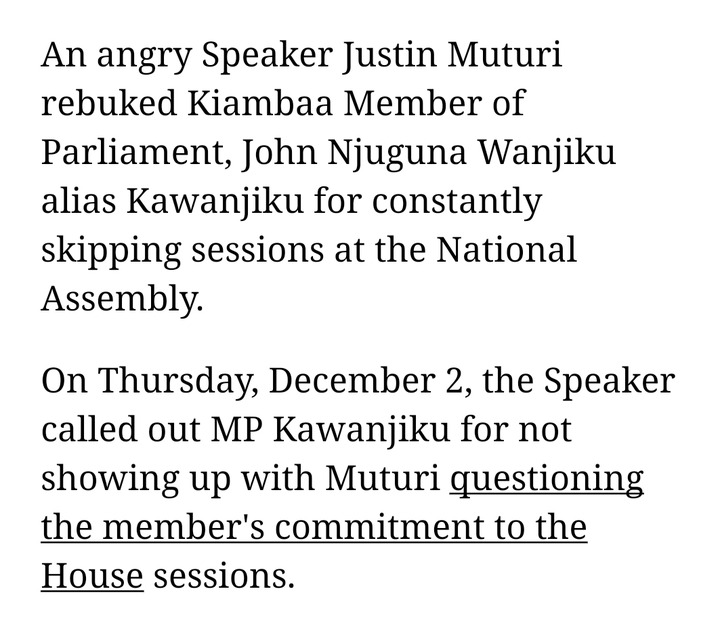 Kenya Kwanza Affiliate Parties Raise an Alarm to DP Ruto, Warn Him Against Doing This at Rallies