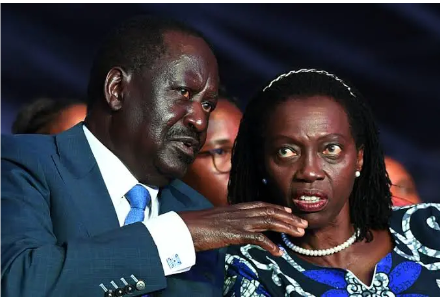 Raila Odinga is said to have threatened to boycott the election if manual registration is not reinstated.

At a gathering in Kiambu, Raila declared that if the IEBC does not accept both manual and computerised voter registers, there won't be a vote on August 9.

Raila has stated that there were intentions to undermine the next election, adding that the handwritten voter registration was an irreducible minimum from the Azimio alliance.

Just a few hours prior, the same Azimio wing claimed that Wetangula was conspiring with some Greek citizens to rig the next elections.

Junet Mohamed claimed during one of the rallies that Azimio leader Raila Amolo Odinga asked residents today to assist him in the next election.

Today, the Azimio party gathered to hold a rally in various locations to solicit votes for the upcoming election head, Raila Amolo Odinga, who is hopeful that they will win and become Kenya's fifth president. 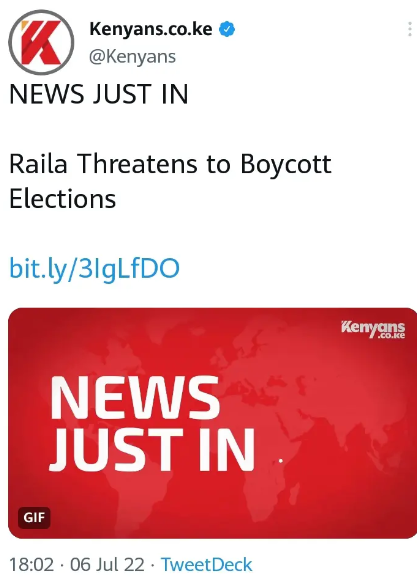 Content created and supplied by: Top_News- (via Opera News )

Just In: Voters At Westlands Restless As Voting Hasn't Started One Hour Past The 6 O'Clock Start

Dp Ruto First Message To Kenyans After Casting His Vote

Ruto's Remarks to Kenyans After Casting His Vote.