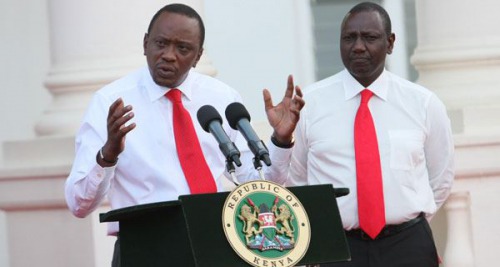 When President Uhuru Kenyatta came out angrily and claim that he won't be leaving power to thieves, each one of us knew the person he was referring to. To this point, unless another political miracle happens, there is no way President Uhuru Kenyatta will endorse his Deputy President William Ruto for Presidency in the coming general election. He has been tearing him apart in broad daylight and he has been showing clearly that he doesn't want Ruto succeeding as the Head of State.

For a good period of time in his second and last term as President, Uhuru Kenyatta has been close to ODM party leader Raila Odinga but until now, he has not confirmed whether he will endorse him for the big seat or not. He has been keeping it a secret which he will be unveiling soon, but Kenyans should expect anything because Uhuru himself said at one point that the person he will endorse will surprise the nation.

One of the top DP William Ruto's allies known as Irungu Kang'ata has now come out clearly to state that if Raila Odinga joins their camp, then it will make Ruto win easily in the coming general election.

"As a Mt Kenya Tanga Tanga leader,if baba comes to support DP to be the president,there would be no problem.It would make our win easier.Our only issue is with anyone telling DP to step aside from vying." Tweeted Irungu Kang'ata. 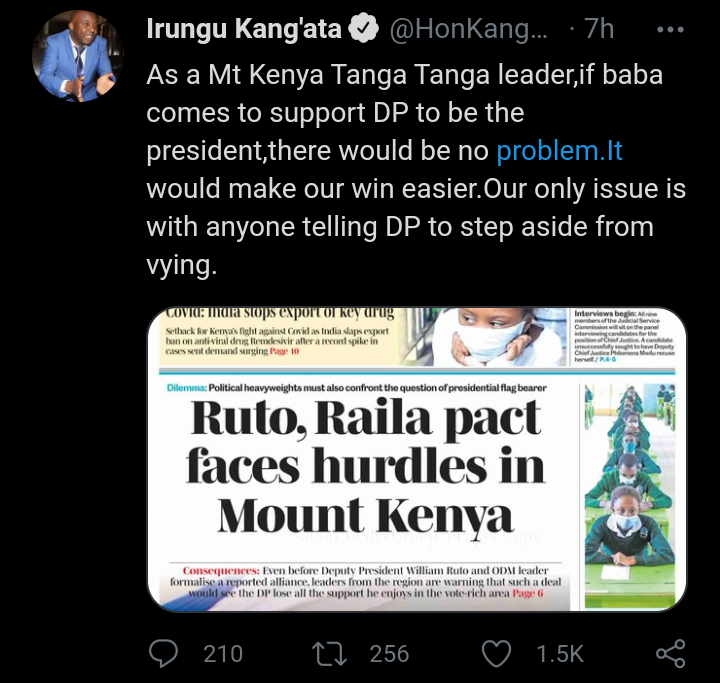 Whatever Irungu Kang'ata said was very true. For that reason, if President Uhuru Kenyatta doesn't want Ruto to succeed him, then he will have to act quickly by preventing a possible reunion between Ruto and Raila otherwise he will be done.