By Mandera (self meida writer) | 1 months 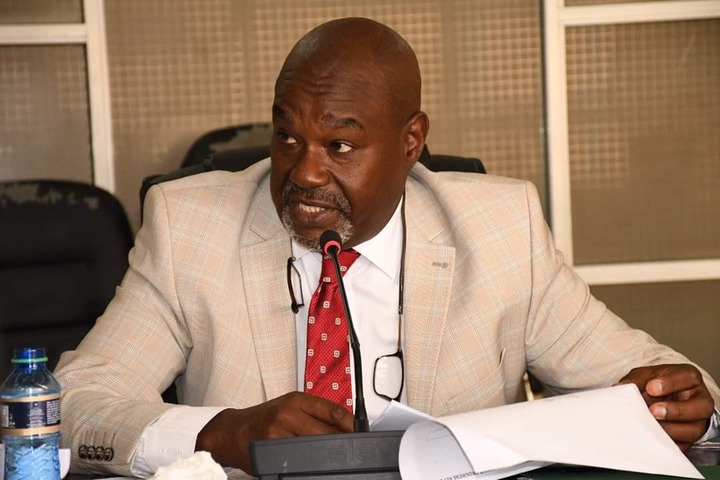 The state of affairs in the ruling Jubilee Party appears to be messy as president Uhuru Kenyatta and his deputy William Ruto seemingly thread in different directions with the head of state seemingly having a change of heart on backing his deputy in 2022.

Today, the split in Jubilee was laid bare for all kenyans to see as Jubilee Party announced that Ruto ally and Soy Constituency member of parliament Caleb Kositany had been removed from his position as Jubilee deputy secretary general.

The announcement has triggered the reaction of Kericho county senator Aaron Cheruiyot and his nominated counterpart Millicent Omanga who have come out to express their reactions. 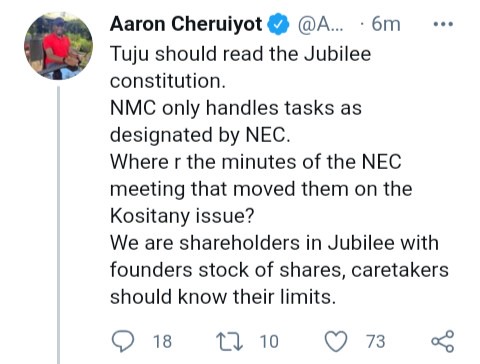 Omanga on the other hand has termed the move by Jubilee unconstitutional and one that has not followed due procedure. She argues that it indicates that the party has officially adopted dictatorship. 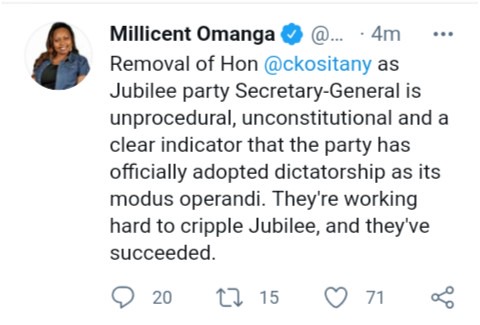 "Removal of Hon kositany as Jubilee party Secretary-General is unprocedural, unconstitutional and a clear indicator that the party has officially adopted dictatorship as its modus operandi. They're working hard to cripple Jubilee, and they've succeeded," she said.