By Chwechwe_Makweche (self media writer) | 1 year ago

Tanzania’s Opposition Leader of the Chadema Party, Tundu Antiphas Lissu’s convoy has been attacked an it’s supporters whipped by the Government Police on baseless reasons. 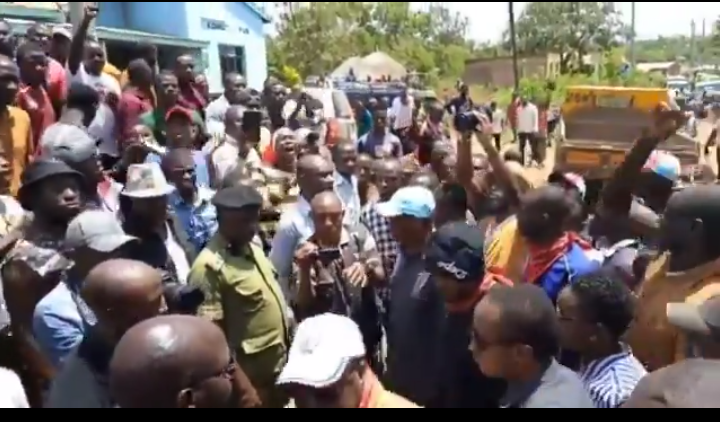 According to Lissu, his supporters were brutally caned and hurt over the helter-skelter situation involved with the Police. Lissu revealed that, the aim of the Government Police was to block his convoy, in order to bar them from attending their scheduled campaign rallies.

Lissu without fear stated that, they shall never cease unless they bomb and spray them with bullets. “Our convoy has been subjected to a massive teargas attack by the police in Nyamongo, in an attempt to block our route heading to our campaign meeting. Our supporters have equally been brutally caned and hurt. Let them bomb us, but we shall never back down!” 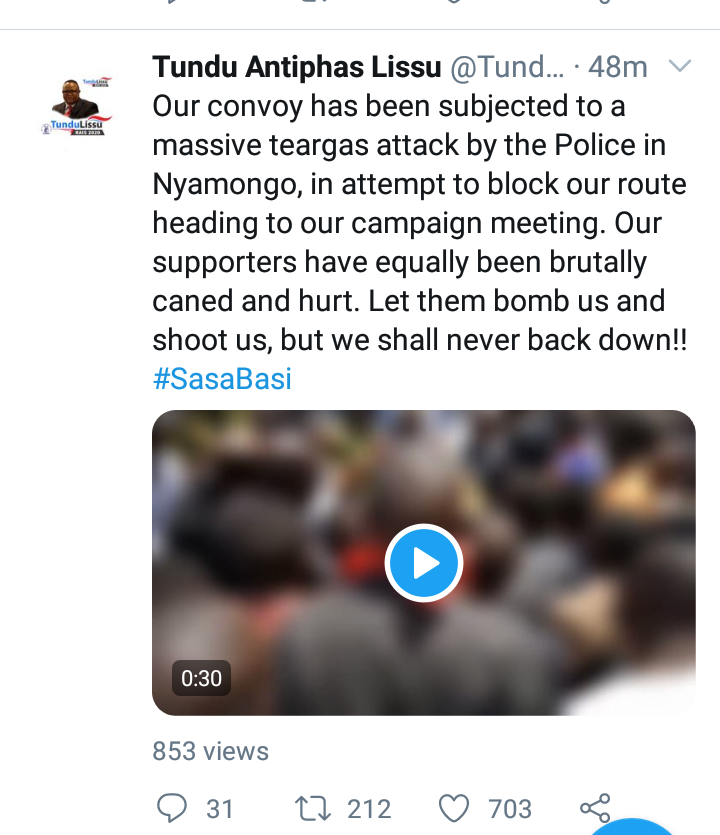 Tanzania’s general elections is set to be held on October 28th October, 2020. Current President, John Pombe Magufuli has been accused of harassing his political rivals to have a hand in all of the campaigns and the media publicity.

Content created and supplied by: Chwechwe_Makweche (via Opera News )

Who Is The King Of Numbers? Comparison Between UDA In Bungoma And 'Azimio La Umoja' In Mumias.