Raila Odinga and his Azimio crew were escorted to yesterday's event in Nyamira by Interior Cabinet Secretary Dr. Fred Matiang'i. 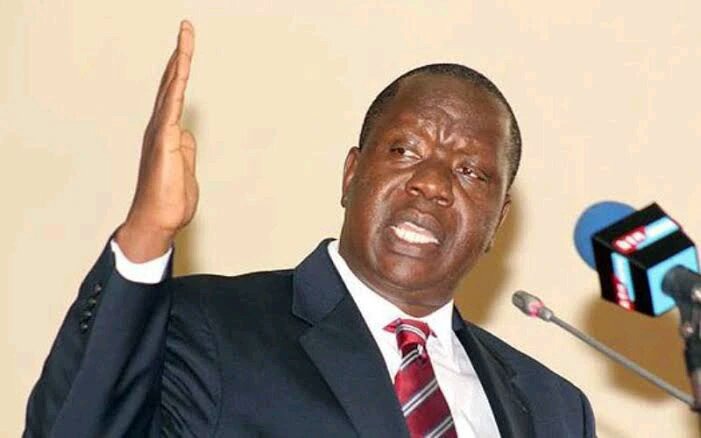 While on his journey, Matiang'i urged the villagers to cast their votes for Baba to become Kenya's fifth president.

According to sources, the interior cabinet secretary also revealed what was thought to have caused the accident between Mutyambai, the police inspector, and William Ruto, the vice president.

According to Matiang'i, a failed agreement between Mutyambai and the current Dp has caused tension in their relationship.

Raila promised to defend Matiang'i and said that he would keep Matiang'i as his interior cabinet secretary as soon as he entered the platform.

Additionally, he stated that Matiang'i would be detained by William Ruto, the deputy president, if he were to win the election on August 9.

In an effort to find Raila Odinga votes in the places where they have already been cast, the two will camp out in the area. Raila Odinga is the candidate for Azimio. 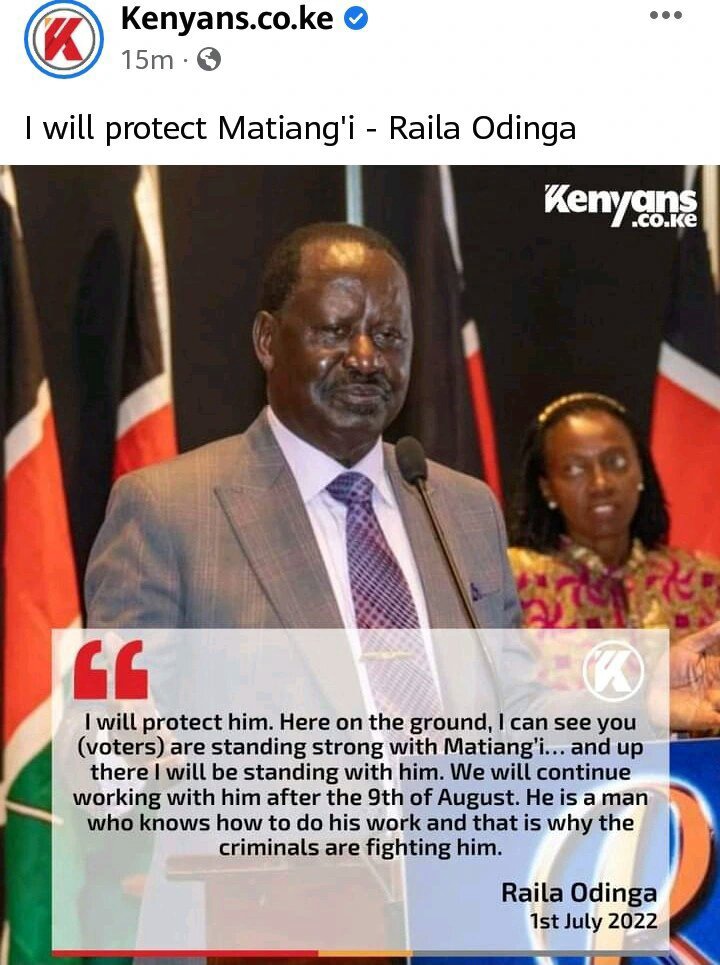