Meet the Longest Serving Nominated MP in the History of Kenya 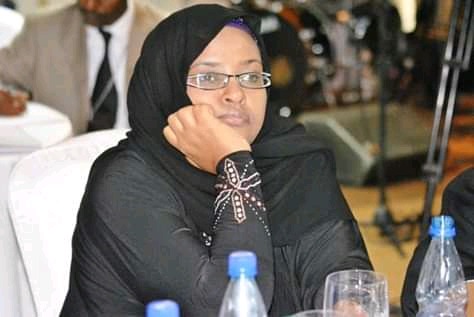 She came into the political limelight in 2002 when she supported the then ruling party KANU presidential candidate Uhuru Kenyatta ( now President). She would go on to serve as a Nominated MP in the National Assembly for a record three terms.

At 15 years in Parliament as a Nominated MP, Amina Abdalla remains the longest serving lawmaker in the history of the position in Kenya.

In 2002, having played a key role in Uhuru's campaigns, she was nominated to Parliament by KANU.

After the 2007 general election, she was at it again. Her party KANU was not ready to lose her as she was seen as a big asset to the independence outfit which had ruled the country for four decades until 2002 when it was elbowed out of power by Narc.

Following the election of Uhuru as Kenya's fourth President in 2013 on a TNA party ticket, Amina was once again nominated to Parliament by the ruling party.

In 2017, after serving as a Nominated MP for a record 15 years, Amin vied for the Mombasa Women Representative position on a Jubilee Party ticket but lost to ODM's Asha Hussein Mohammed.

But being an influential member within President Kenyatta's inner circle, Amina was in 2019 appointed as a member of a tribunal investigating the conduct of three judges. However, she would later quit the tribunal after being nominated as a Commissioner at the Salaries and Remuneration Commission.

Though the former MP has not come out to declare his political future ahead of the 2022 general election, it is very likely that she is not ready to leave the stage any time soon. Perhaps, she is keen to make a major comeback come the next poll.

But her record as the longest serving Nominated MP in the history of Kenya lives on.