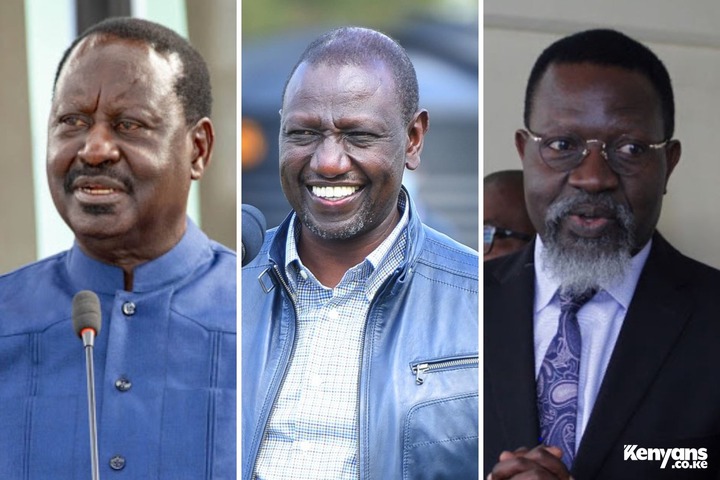 Roots Party leader George Wajackoyah has again come out clearly on his recent claims that one of his top political competitor tried to bribe him with Ksh 200 million.

From his clarification, the bribe was not only for him to step down or drop his political bid but also to be used as someone's secret ally with one mission of going to the strong hold of one of the top aspirants and start campaigning for the other indirectly.

When asked by the NTV journalist on a morning Am Live show on who exactly reached him for that huge deal, he has responded saying the aspirant sent a woman whom he just sent away using curse words which he cannot say on a live national television.

"I chased away the woman who was sent to bribe me to drop my presidency bid"- George Wajackoyah.

Even though, he has not come out clearly on who exactly among his top competitors who stand to be the Azimio La Umoja presidential candidate Raila Odinga and Kenya Kwanza's DP Ruto attempted him with that offer through the woman. 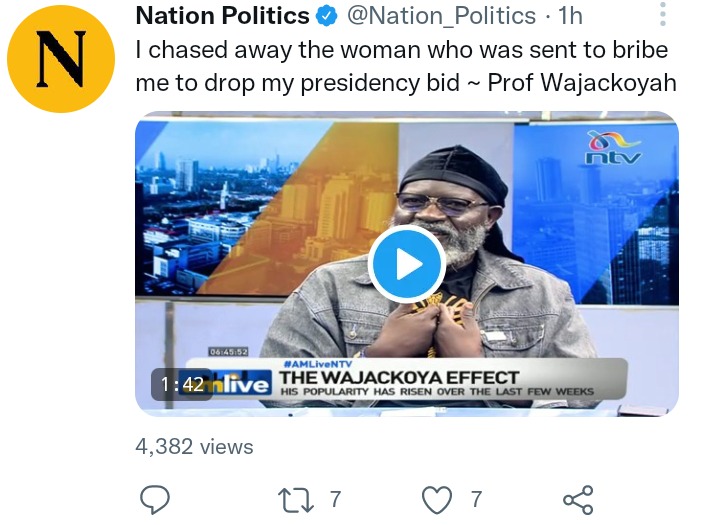 Wajackoyah who is currently making major political waves in the arena was heard making raising these claims on his recent political rally in Raila's political turf, Kisumu County, where he asked the residents to consider voting for Raila if not for him in the August elections.