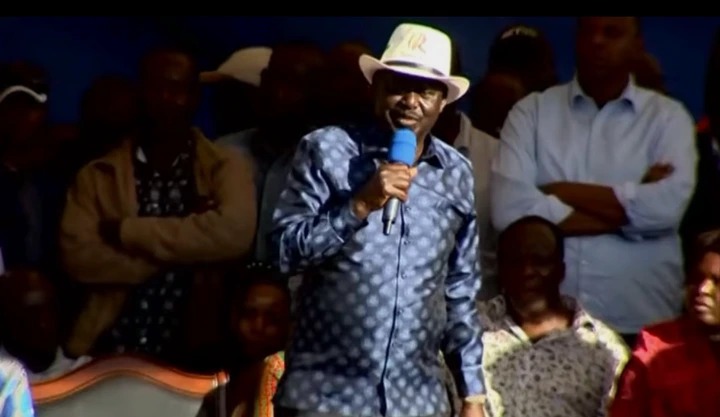 While speaking at Kamkunji grounds today, the former premier Raila Odinga made allegations on what took place in Bomas in the hours before William Ruto was named the president-elect of Kenya following the elections in August.

Raila was reportedly giving a speech to the crowd on the next steps for the recent action that they have taken to hold rallies around the country, as depicted in the video clip that the writer watched online. He claimed that the chairperson of the Independent Electoral and Boundaries Commission (IEBC), Wafula Chebukati, had left the commissioners to do the counting while he went back home to rest from morning until evening. He claimed that when he returned, he had the results, and that was why he believed they were different.

In addition to this, he asserted that at the time he was at the tallying center 29 constituency outcomes had not been counted yet, but he had results and insisted on announcing the results, which was a move that caused Cherera four to disagree with him and go to the Serena hotel, where they distanced themselves from the results. In addition to this, he stated that no one should be dealt with in the same manner as the four commissioners of the IEBC.