By TownshipNews (self media writer) | 5 months ago 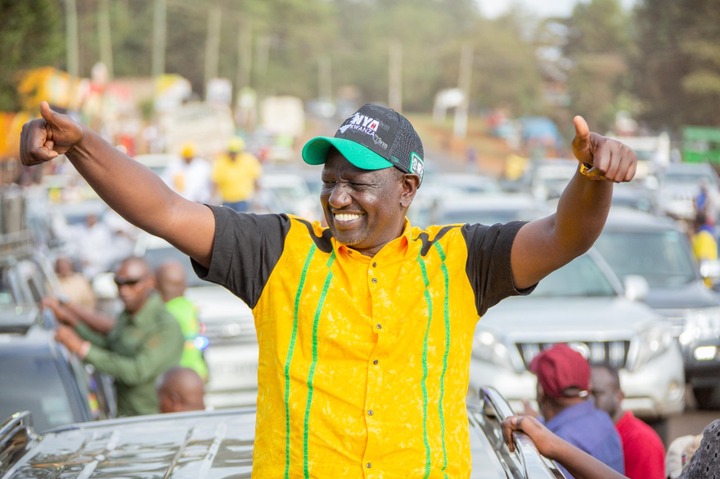 Former Ndaragwa Member of Parliament and Secretary General of the Jubilee Party Jeremiah Kioni now claims that giving Deputy President William Ruto enough time to infiltrate Mount Kenya turned the locals against their own leaders. According to Kioni, the leaders ignored the DP's attempts to court the Mountain which was seen as their own backyard which is why DP Ruto has such a strong influence in the region as shown by the provisional results of the elections held on August 9. 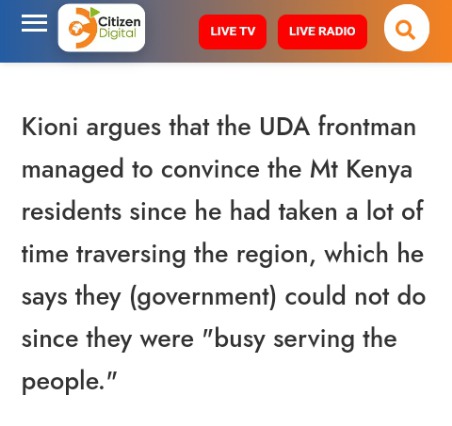 When the DP "cunningly" turned their hearts against them, the Jubilee Party Secretary General who conceded defeat to George Gachagua of the UDA Party on Wednesday acknowledged that his party had lost control of its supporters (Jubilee). According to Kioni, the UDA frontman was able to persuade the residents of Mount Kenya because he spent a lot of time traveling across the area something the government was unable to accomplish because they were "busy servicing the people," according to Kioni.

Referring to the election's voter apathy, Kioni claimed that people of Mount Kenya were torn between voting for Raila Odinga, a candidate for Azimio la Umoja One Kenya who had become despised in the region over time or the Democratic Party and they decided to support the latter

Even if the "no voting Raila" narrative succeeded in winning the election, he made clear that it would be difficult for Azimio to change it because the story already established. The congressman concluded that the absence of a kingpin from Central Kenya who would have opposed the DP's attempt to court the Mountain was the cause of the Ruto factor.