ODM Party Reminds Mudavadi And Wetangula That They Are Major Shareholders In NASA, Kicks Malala Out

By JipangeNews (self meida writer) | 23 days 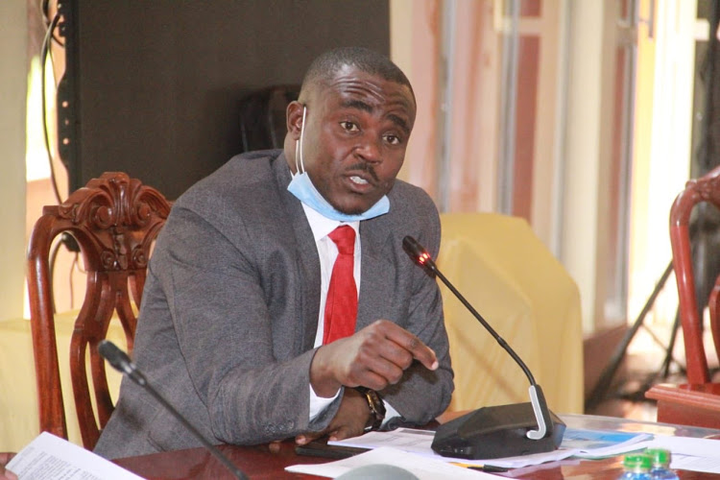 Kakamega Senator Cleaophas Malala has been ejected as the minority leader in the NASA political party. According the latest news, the reason of kicking him out was his misconduct which was witnessed during Matungu byelection.

He has been replaced by senator Stephen Madzayo. A total of 28 senators were invited to attend the event, by the turn up wasn't eating as many didn't avail themselves, and James Orengo concluded by saying that he is going to give the final report concerning this.

It is very clear and evident that ODM party is still the biggest shareholder in the NASA Coalition. The indicator of this is when senator cleophas malala was replaced straight away by an ODM senator from the coastal region as minority leader in the NASA coalition party.

Dikembe Desembe, political analyst has come out to way on the bush and bones between the NASA Coalition Principals.

"When Cerelac Alliance members want to pee on ODM they refer to themselves as One Kenya Movement. When ODM reminds them that numerically they are briefcase parties, they suddenly remember there’s something called NASA. Such are the contradictions of primitive politics. @ItsMutai" a statement by Dikembe Disembe. 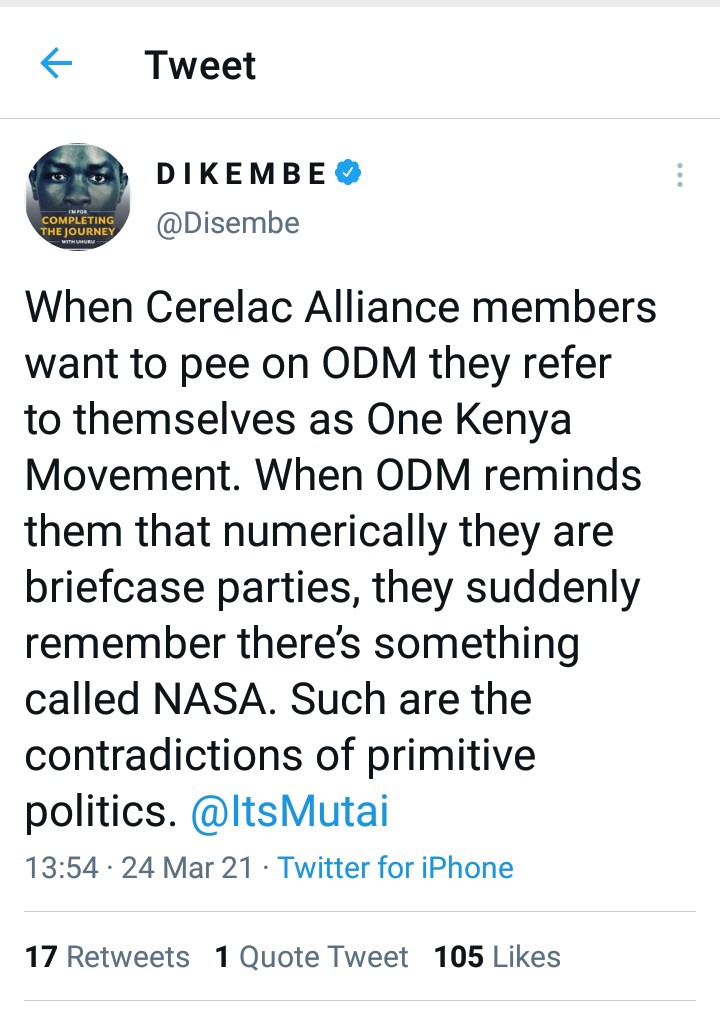