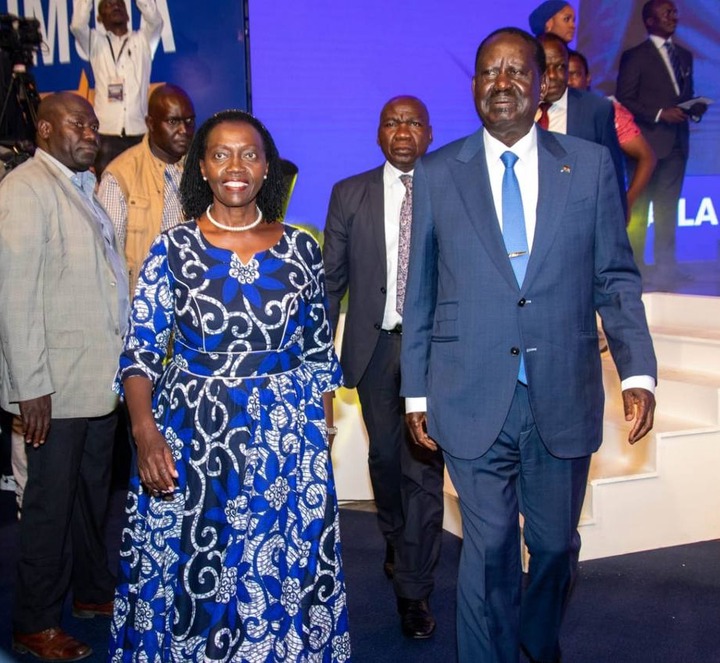 A file photo of Raila Odinga and Martha Karua.

The Azimio la Umoja One Kenya Alliance presidential candidate will address the nation from the Kenyatta International Convention Centre in Nairobi.

He will be addressing the nation just a day after the deputy president William Ruto was declared the President elect by the Independent Electoral and Boundaries Commission chairperson Wafula Chebukati. 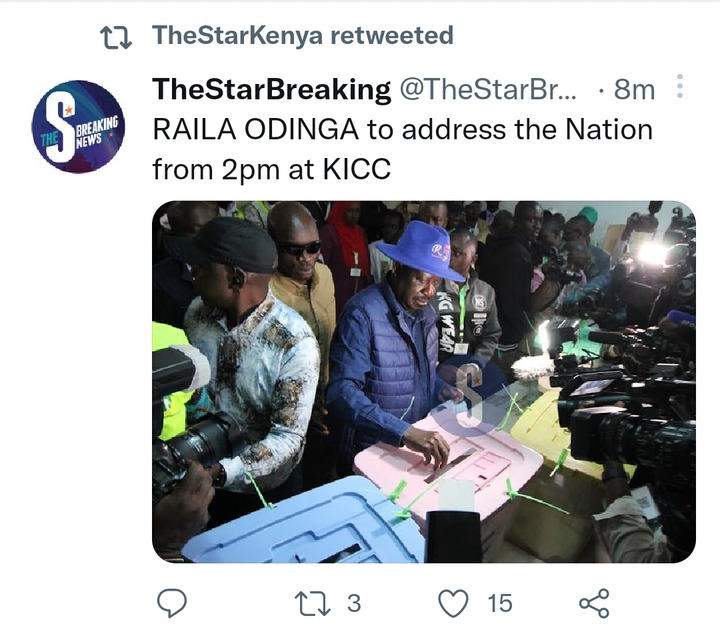 This comes just a day after the Deputy President William Ruto was declared a winner After being declared the winner and receiving the certificate, Dr Ruto gave a short speech.

He has started by congratulating Chebukati, referring to him as a calm person who does not like money.

"You put the results on the IEBC website for all the people so they can see for themselves that there is no trick,"

The president-elect has praised religious leaders for guiding the nation in a straight path.

He has promised to cooperate with all elected leaders and those in opposition to strengthen service delivery in the country.

He has congratulated the outgoing President Uhuru Kenyatta.

"I intend to continue the projects we started and strengthen the development record of the administration of President Kenyatta who has been my elder for 10 years," said Ruto.

He has also promised that he does not have the heart to take revenge against some leaders and officials in the government who worried his Kenya Kwanza wing.

In the afternoon, Mr Raila's chief agent, Saitabao ole Kanchory, who was accompanied by some of the former prime minister's friends, outside Bomas said they doubted the results announced later.