The Standard, The Daily Nation And The Taifa Leo Newspapers Headline

By Omugajunior (self media writer) | 1 year ago 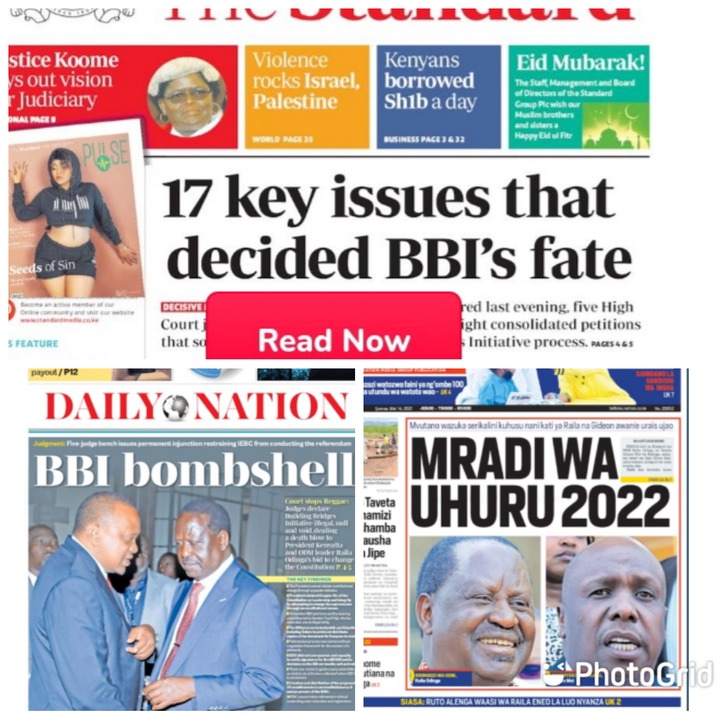 The publication features the key issues that led to the five Judges making their decision on the fate of Buildings Bridges Initiative (BBI) Bill.

According to the publication,the five Judges found out the Bill to be unlawful and unconstitutional hence declared the Bill null and void.

Below are some of the key issues the five Judges used to make their decision.

a)The Bill was initiated by the president making the Bill unconstitutional.

c)IEBC failed to ensure public participation was done in the proper way.

d)The creation of the 70 constituencies as proposed in the BBI Bill was unconstitutional. 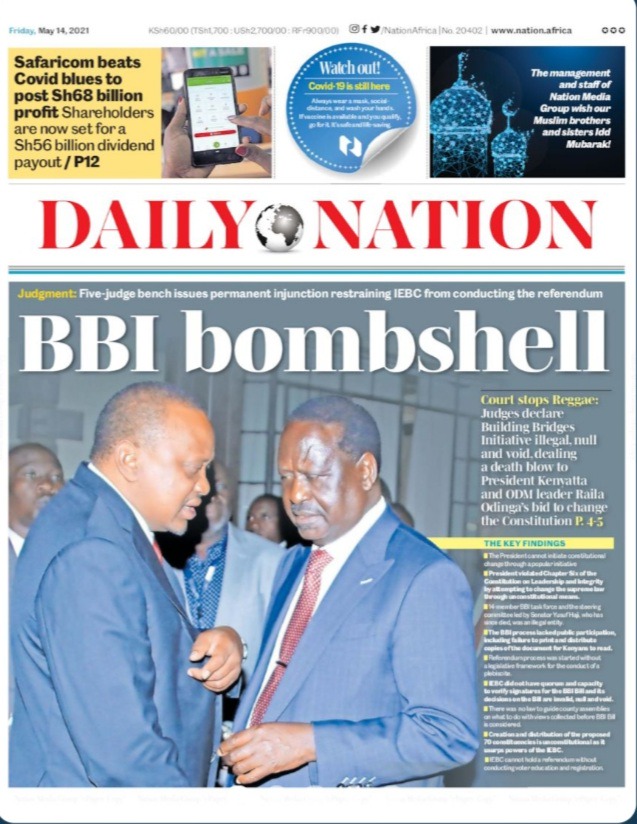 The publication speaks about the BBI Bombshell where the five-judge bench issued a permanent injunction baring IEBC from conducting a referendum.

The Judges declared BBI illegal,null and void,dealing a death blow to the BBI proponents in the bid to change the constitutional.

Here are some of key issues the judges used make the decision.

b) The President violated chapter six of the constitution on leadership and integrity by trying to change the supreme law.

c)IEBC did not have quorum and capacity to verify the signatures hence its decision is null and void.

e) The creation and distribution of the 70 new constituencies was unlawful and unconstitutional hence declared null and void.

The above are some of the key issues among others. 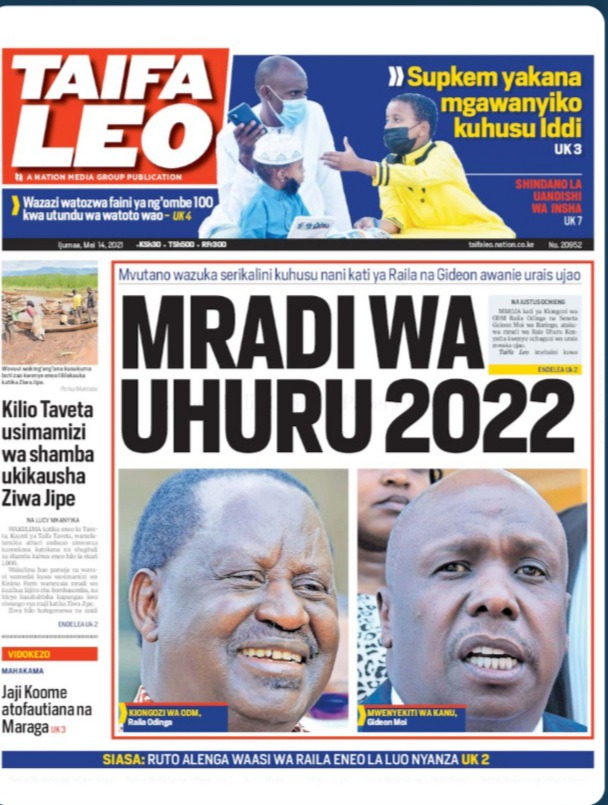 Since President Uhuru Kenyatta brought most presidential candidate on board, it has became difficult the candidate he should endorse to vie for presidency come 2022.

According to the publication, it has become difficult to decide between Raila Odinga and Baringo senator Gideon Moi.