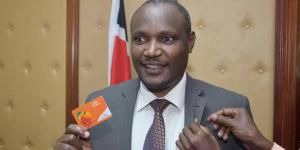 The Orange Democratic Movement (ODM) national chairman, speaking on Friday, October 10 questioned the legitimacy Ruto held to educate them on matters of economics.

He added that ODM has the best brains when it comes to finance and economics, something he himself is a testament to.

“William Ruto thinks he has a license for the poor people, that he owns the poor people. First, I want to tell him that he has no capacity to teach economic matters. ODM has the best brains both in Finance and economics,” Mbadi stated.

Mbadi added that the program, which is former Prime Minister Raila Odinga’s manifesto once he ascends to power, will cushion those who are coming from the poorest families with a monthly stipend.

“Raila Odinga has pledged social welfare and he is saying every poor family and the unemployed will get a stipend of Ksh6,000 per month. Let me give him the statistics, he has no figures. If you take that amount and multiply by two million people and multiply by 12 it is Ksh 144 Billion.”

Mbadi then described how the social welfare program will be able to save money without the need of taxes, as they would be looking for Ksh107 Billion and with the current recurring expenditure, get a reduction.

Senate Minority leader, Junet Mohammed, who accompanied Raila in Eldoret, weighed in on the matter adding that the Deputy President was against the move because all he gives out is wheelbarrows

“Those who are stealing from the government know where the money will come from, those asking questions know how the Ksh6,000 will be implemented. As a leader you should be concerned about the welfare of your people.

“You know there are individuals who do not want the citizens to have a share of the money, they are popularizing the bottom-up approach.” he stated.

Additionally, the opposition leader received a warm welcome in Ruto’s backyard, a region that was considered to be hostile to him after joining hands with Former President ,Mwai Kibaki. 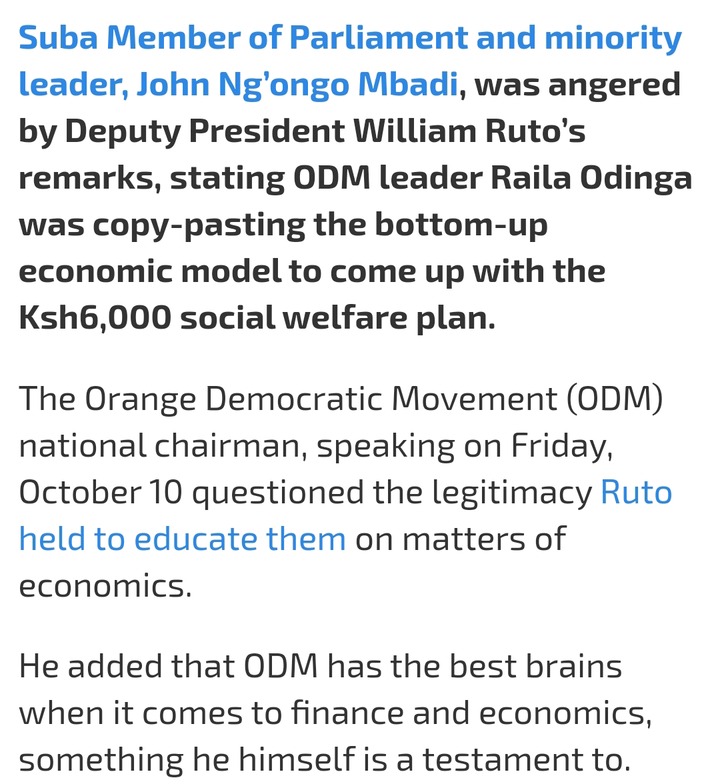