By RehemaM (self media writer) | 3 months ago 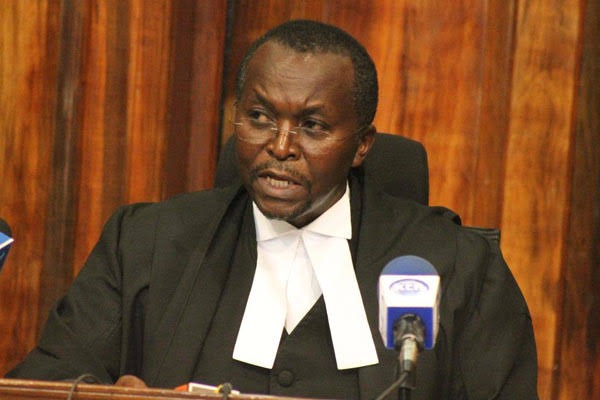 President Uhuru Kenyatta finally opened up on building bridges initiative report issue just days after the Bill was Rejected by the court of appeal which was being led by Justice Musinga Team. The head of state who was speaking during an interview with journalist claimed that the whole process was legal and of great benefit to the people of Kenya only to be stopped by few people with sort term Political Ambitions.

The president continued to say that, although he respects the rulling. It was not in good faith to the nation that was waiting for the bill to sail through in order to correct some mistakes that were made during making of the current constitution. The head of state did not stop there. He continued by saying that, some decided to drop the whole process because they thought that the bill was going to make Orange democratic party leader Honerable Raila Odinga president. He despitefully set the record straight on him extending his term in office beyond 2022 general election.

He Revealed that, come 2022. He will leave power and go home paving the way for a new era in office. He also Claimed that, even without BBI bill. Raila Odinga Declared his Ambitions and hence the bill Was not meant to back his bid. 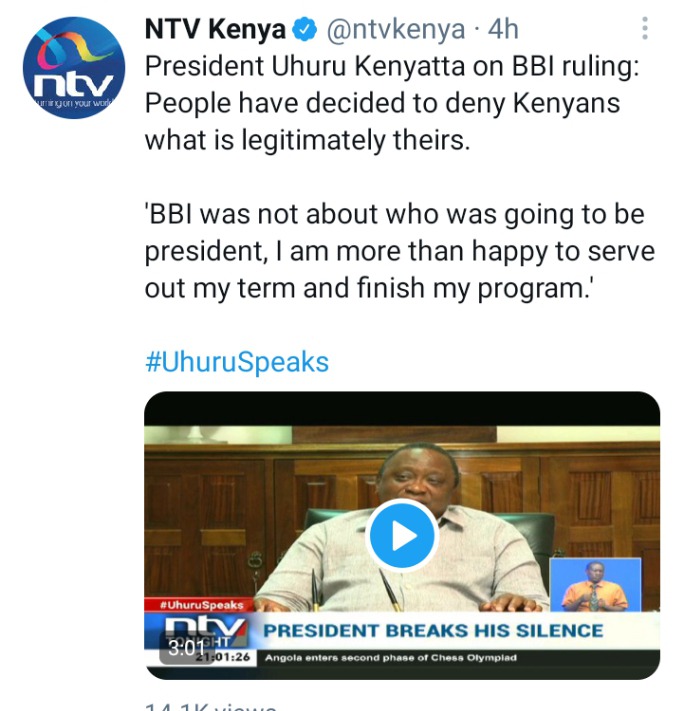