Today, former prime minister Raila Odinga was in Karatina and he went to spread his campaigns just like his opponent DP Willian Ruto. The campaign which took place during the day attracted a large crowd including traders in the market and youths. Actually, it will remain a matter of fact that the campaign had a large number of people present.

Raila began speaking and he was revealing his manifesto to the residents. He told them to repeat some words after him and it was at that moment that he realized Karatina people were not ready to give him support. The residents kept on chanting Ruto's name so loudly and the campaign even turned ugly. Nobody seemed to be interested with what Raila Odinga was saying. 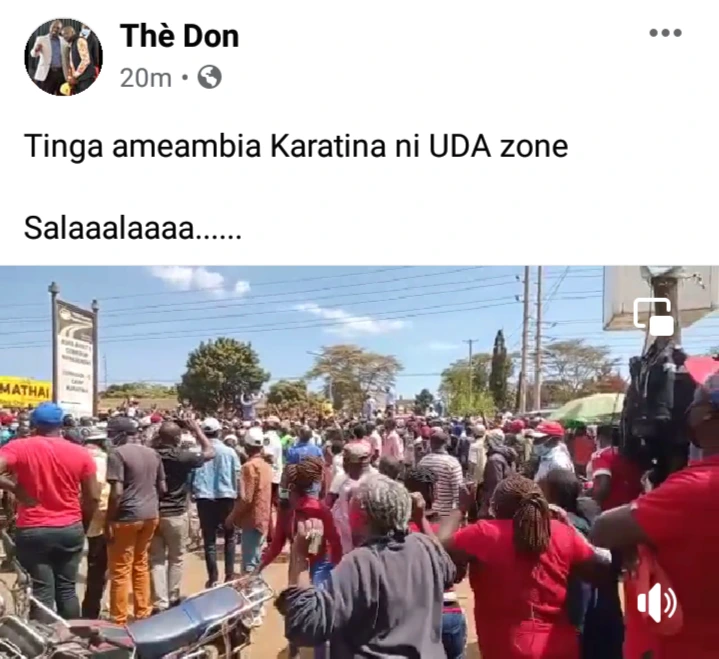 People kept on saying that Karatina is a hustler nation zone and that he should seek support from other regions. Raila was forced to leave the place after the short speech. He was actually disappointed after realizing that Ruto had already taken over Karatina region. https://www.facebook.com/1135489031/posts/10225273991773574/