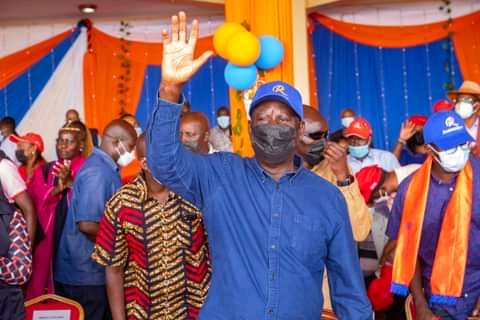 After storming President Uhuru Kenyatta's backyard to a rousing welcome on Saturday, ODM leader Raila Odinga's burning ambitions to clinch the presidency come the August 9 poll has only gained momentum.

The 5th, as many of his supporters now call him, has one foot at State House. If he plays his cards well, the seat is his to lose. But in Deputy President William Ruto, Raila is facing a formidable political force.

Already, the DP is burning the midnight oil and appears keen to scuttle the former Prime Minister's State House bid. Could this be his new trick to ensure he denies Raila the presidency? 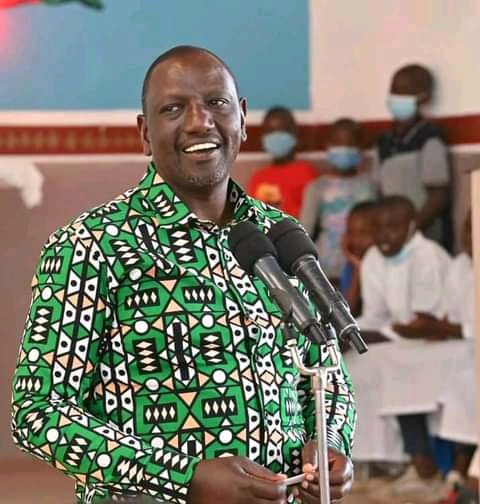 The Saturday declaration by Wiper leader Kalonzo Musyoka that he will not back down in his quest for presidency could be part of the DP's new calculated move to deny Raila the presidency.

Could it be that the DP is secretly working with the former Vice President to deny Raila the crucial Ukambani region votes?

Though the DP and Kalonzo have been in bad political books over the last few months, it is still possible that they can bury the hatchet and team up ahead of the August poll.

In as much as Kalonzo appears more inclined to Raila's "Azimio la Umoja" camp than the DP's axis, anything can happen in politics. And yes, the alliance between the Ruto and the former Vice President can still be struck! 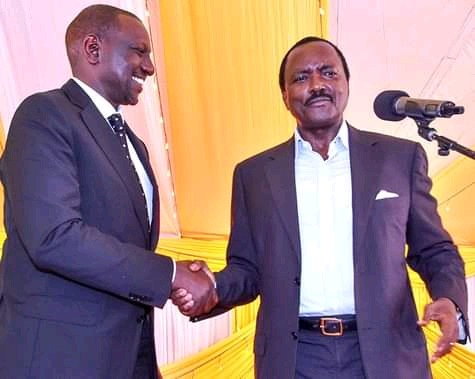 With the One Kenya Alliance seemingly on its deathbed, Kalonzo is left with a tough decision to make. And having insisted in the past that he will not support Raila a third time, a political deal with Ruto remains a possibility.

Perhaps, the DP can sponsor and finance his presidential bid with a view for him to play a spoiler role to force second round.

In the second round, Kalonzo can then throw his weight behind Ruto and hand the former Premier a humiliating defeat. Ignore Kalonzo at your own risk! This man could settle the Uhuru succession race.

How DP William Ruto Reacted To Rowdy Youths Who Were Fighting In His Rally In Nyandarua County.