The two foremost presidential contenders on Wednesday met IEBC to deliberate on the preparations for the upcoming general election.

Among the issues of great concern that were discussed include the voter register with azimio la umoja one Kenya alliance party leader Raila Odinga insisting that the digital register must be backed by a manual one.

The deputy president William Ruto of Kenya kwanza on the other side didn't seem to be bothered by the issue but insisted that the poll body must assure of a free and fair election.

In another story, schools are set to close for a short holiday marking the end of one of the shortest terms in history.

Parents are however expected to receive thinner children as some teachers and school administrators were forced to ration food due to high costs of living at a time when they aren't allowed to increase fees. 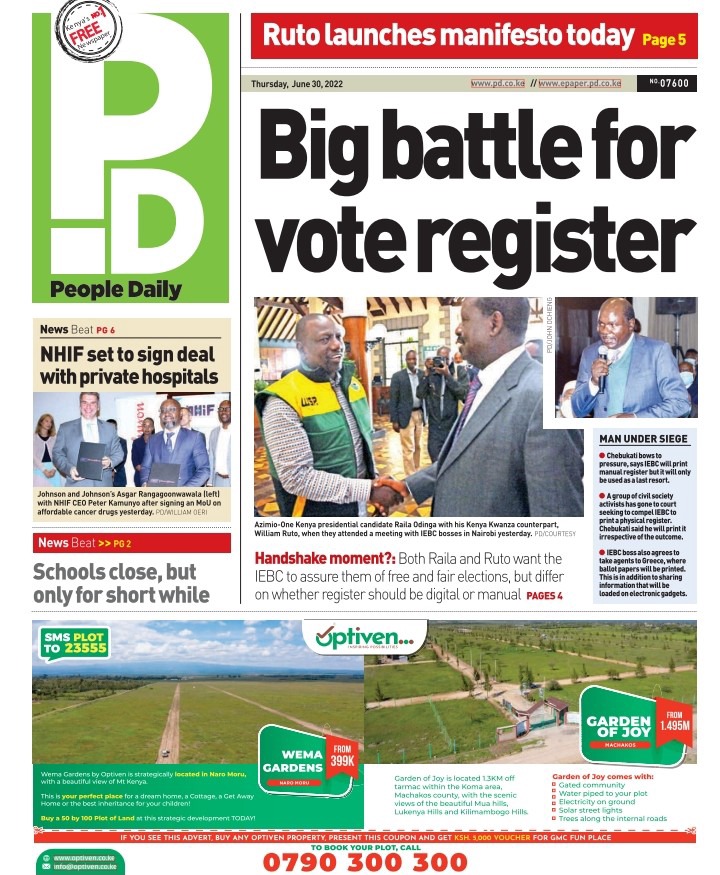 There is bad news to mobile phone lovers as the government moves to effect 10 percent tax on the gadgets from tomorrow.

The move is likely to up the cost of phones at a time when most kenyans are struggling to put food on the table. 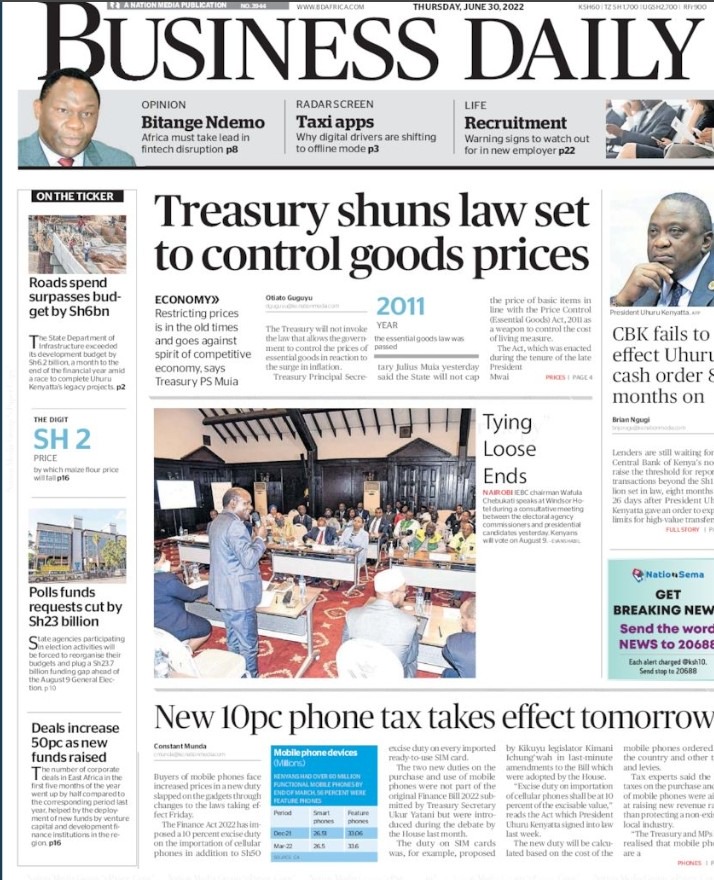 The gang has been a thorn in the flesh having been involved in a spate of Killings within Nakuru and it's Environs.

The most recent cold blood killings involved four women that drew the attention of the public and authorities.

In another story, the Kenya kwanza alliance led by the deputy president William Ruto has alleged that kenya's three ports have been sold to foreign firms.

In a statement on Wednesday, ANC leader Musalia Mudavadi said the deal was signed secretly by the president and his handshake brother Raila Odinga. 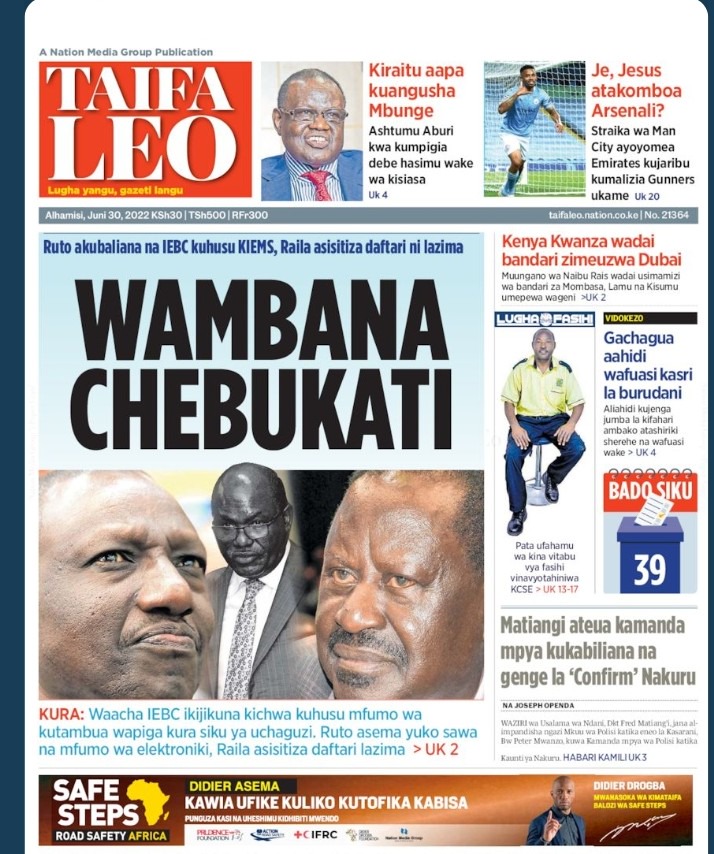 The decision by both deputy president William Ruto and Raila Odinga to appoint Rigathi Gachagwa and Martha Karua as running mates respectively will go along way in deciding the winer of this year's general election. 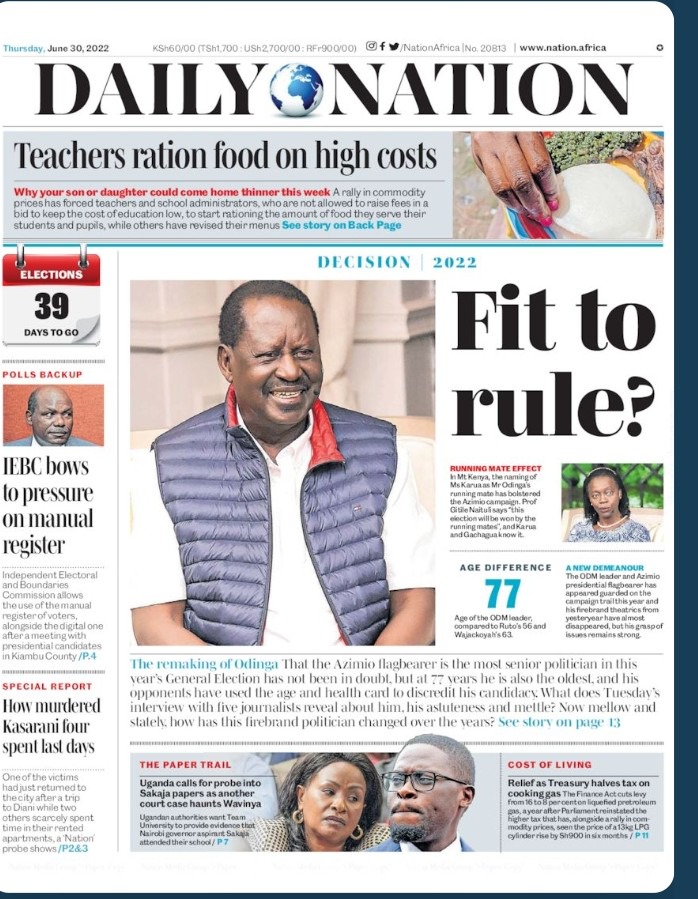 The DP is expected to state to the nation his priority areas should he capture power on August 9.

The DP has been crisscrossing the country signing economic charters with various groupings. 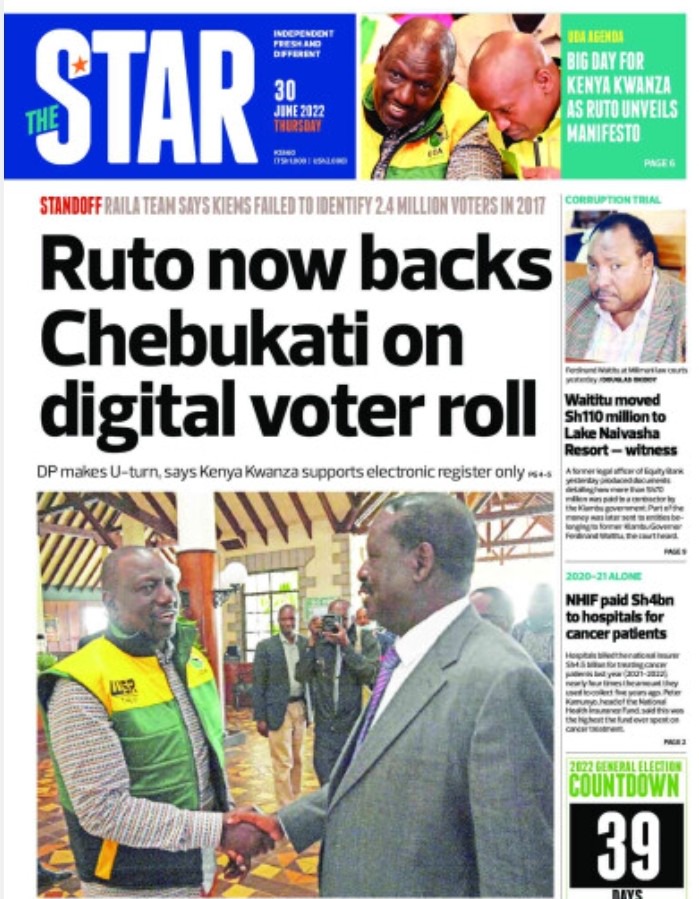