By NRMedia (self media writer) | 9 months ago

On Wednesday, Kenyans were treated to rare dramatic scenes inside Parliament when the house was discussing the political parties amendment bill of 2021.

A tough confrontation was witnessed between Deputy President William Ruto allied MPs who were on one side fronting amendments and on the other side Handshake allied MPs who wanted to pass the bill without further amendments.

At one point, business in the house was brought to a standstill after the legislators squared it out physically leaving a number of their counterparts with physical injuries

Among those who were injured included Sigowet/Soin MP Bernard Kipsengeret who was allegedly injured in the eye by MINORITY Leader John Mbadi. 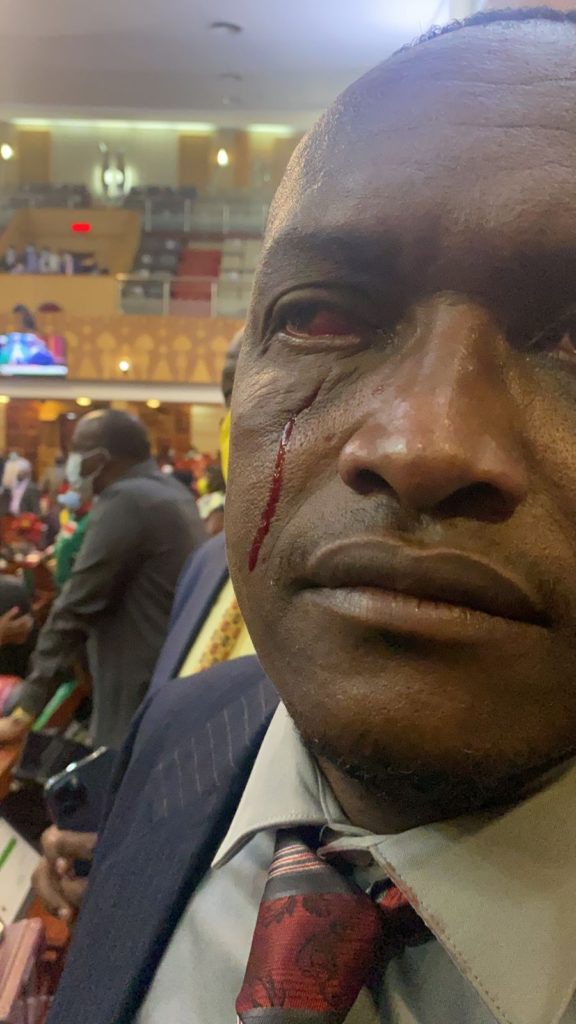 Mbadi was ordered out by temporary Speaker Chris Omulele and was thereafter suspended from the house for five days, with the injured MP being ordered to go and seek immediate medication.

It was however after he was taken to a hospital that Bahati MP Kimani Ngunjiri treated the house to a guffawing moment.

Taking to the floor of the house, Ngunjiri offered his prayers for the injured MP, whom he claimed was undergoing surgery to remove a broken bottle that had been left behind his injured eye side. 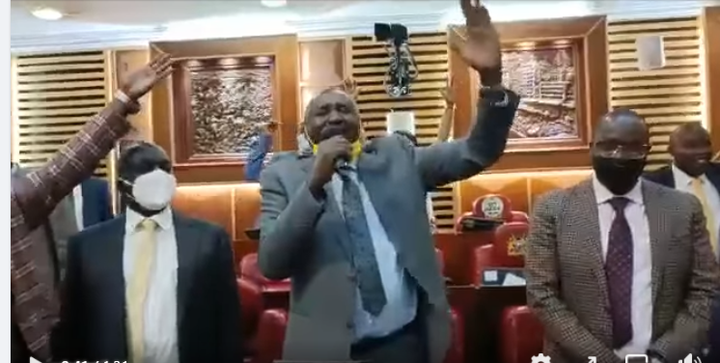 "He is in the theatre having an operation in his eye to removing the bottle which got in. I want to ask UDA MPs to stand up we pray for him. It is such a shame for this house and we should pray right now" stated Ngunjiri as UDA allied MPs stands up for prayer while their handshake partners mocks him. 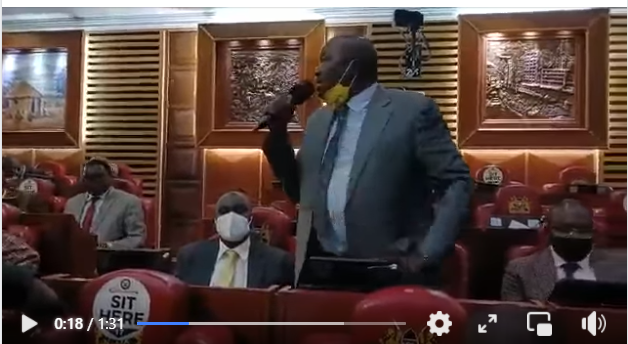 Ngunjiri went ahead with prayers despite all the shoutings from their opponents and thereafter lauded DP William Ruto, terming him as a real soldier who can stand alone against six big whigs who had ganged up against him.

"Officially Free"Anerlisa Muigai Over The Moon As She Finally Divorces Ex Ben Pol.

Sonko Reacts to Karen Nyamu's Post with an Interesting Revelation