- Etale says during Uhuru to first term, he mastered the art of State Capture where he held hostage State Officers.

- He claims that he habit was was stopped by the handshake. 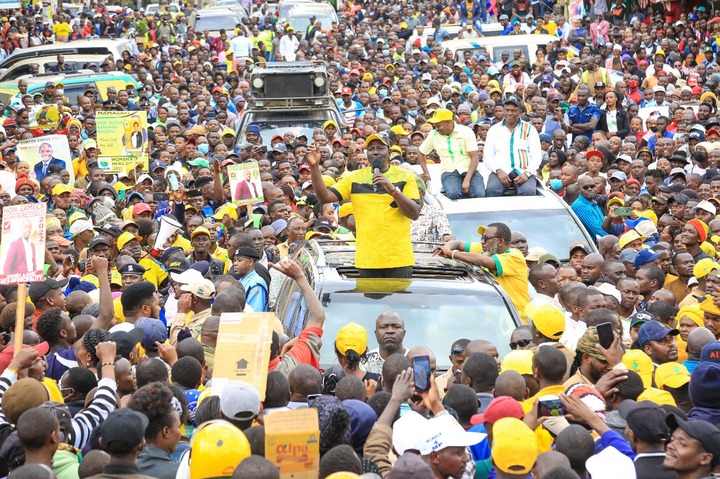 In a statement on Tuesday 5th July 2022 evening, the outspoken Etale say during Uhuru to first term in office, he (Ruto) mastered the art of State Capture where he allegedly held hostage State Officers and Parastatal Chiefs who delivered to him money in bags and briefcases.

According to Etale, the manace was unceremoniously brought to a halt by the infamous handshake between Raila Odinga and President Uhuru Kenyatta.

"The Chief Architect of State Capture was non other than William Samoei Ruto. During UhuRuto-1, he mastered the art of State Capture where he held hostage State Officers and Parastatal Chiefs who delivered to him money in bags and briefcases. That was stopped by the HANDSHAKE." He said in a social media post.

JUST IN: Presidential Provisional Results of NTV and Citizen as at 5:53AM

Photos of President Uhuru, Governor Joho Before They Became Leaders

Man Turns Up To Vote In A Towel In Kisumu, See What Fellow Men Did To Him Causing Mixed Reactions

IEBC Update: Total Number Of Votes That Have Been Casted As At Noon