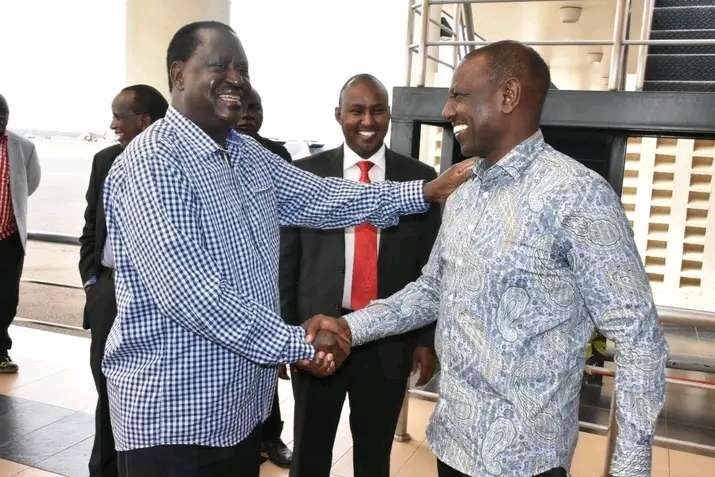 With August polls knocking, eyes are casted on them for verily one of them will steer the country between 2022 and 2027. Who will the lucky one be? Time will ultimately tell. Before time tells, a poll survey conducted by Trends and Insights for Africa (TIFA) recently showed that 39% of Kenyans are looking forward to Raila presidency with 35% agitating for Ruto presidency. 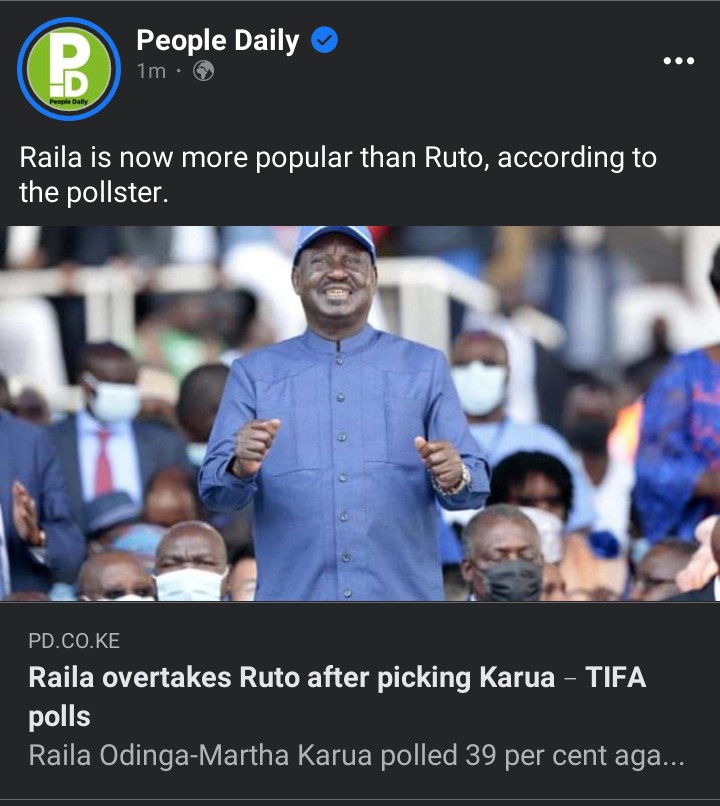 From the above stats, if Raila succeeds to add 12% to his 39%, then he will have his name written alongside Uhuru Kenyatta, Mwai Kibaki, Daniel Moi and Jomo Kenyatta but should his competitor outrun him by adding 16% to his 35%, then, the next Head of State will have William Kipchirchir Samoei Ruto for names, which way now?

In one of his latest media discourse, Amani National Congress (ANC) party mandarin called pro-Raila crusaders to tame their expectations citing that the veteran has no chance this is despite of TIFA poll rating him the next probable Commander in- Chief. 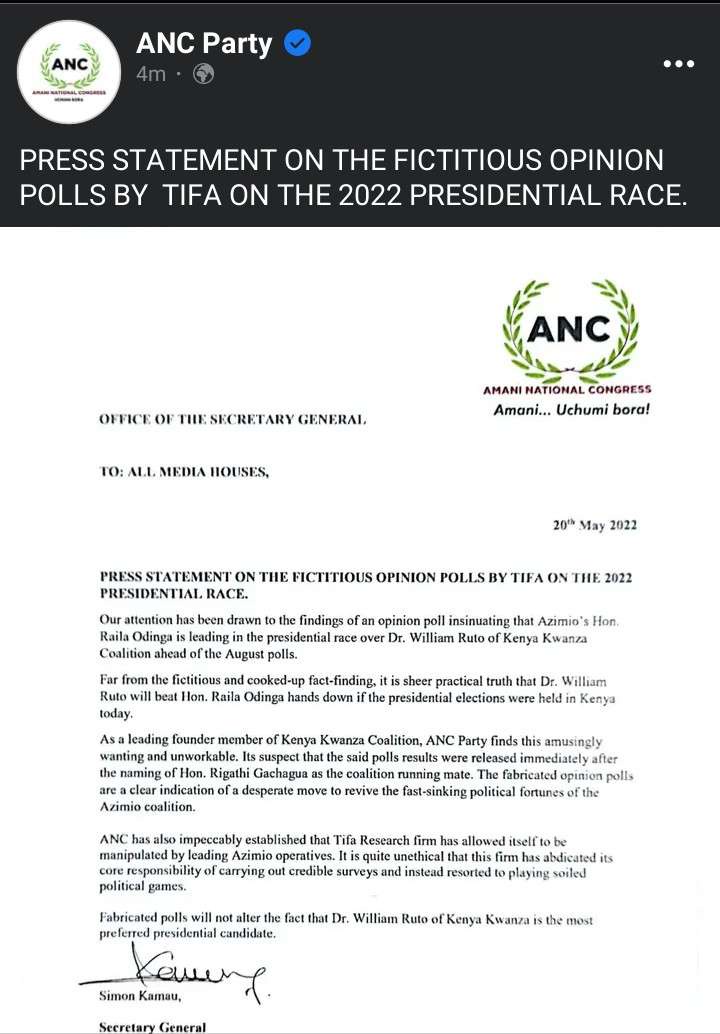 Through the party's official Facebook page, Musalia Mudavadi chided TIFA polls terming them malicious and fallacies only designed to propagate a given notion by their competitors. MaDvd called Azimio La Umoja-One Kenya Coalition sympathizers to brace themselves for Ruto presidency whose reign is fast approaching.

Will Mudavadi's pro-Ruto prediction come to pass? Oh well, the outgoing Tharaka Nithi senator strongly believes so. Through his Facebook wall, Kithure Kindiki on Saturday evening echoed Musalia's sentiments about Raila-Ruto citing that the former has no chances against UDA leader. 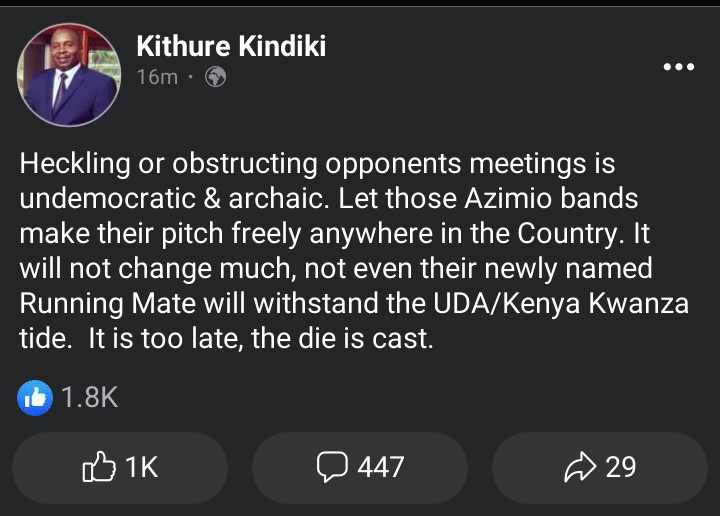 According to Kindiki, the veteran is living the last phase of his political career and soon his castle will come down crumbling and when that happens, not even Martha Karua will save him. Jakom recently casted his lots on Narc- Kenya boss as his running mate a pick that was designed to raise his stakes in Mt Kenya region. Now that the country is less than 79 days shot from August polls, will Mudavadi- Kindiki prediction come to pass? Oh well, time will tell.