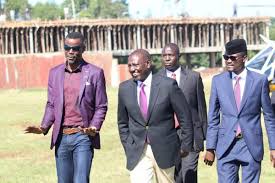 "Both were the lowest rank in the Armed Forces .. One was a driver, the other a cook. Both have criminal records. Yet, they got elected MPs by misrepresenting to Bungoma voters that they retired in the Armed Forces with Senior Ranks. Too much fraud & forgery in that Party!" Tweeted by Lawyer Donald B. Kipkorir 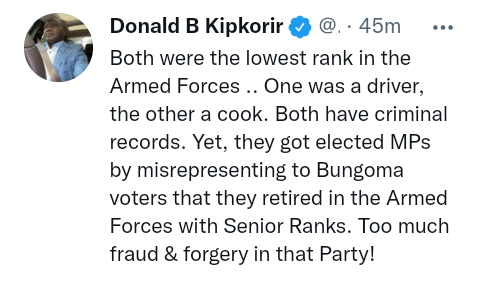 Former CJ Mutunga to Accompany Miguna Miguna Back into the Country

Revealed: Kenyatta's 'Secret' Move In Mt Kenya For The Sake Of Raila's Presidency Ahead Of 2022

Funny Memes of Curfew After Being Lifted by President Uhuru