Ukambani MP States What Next For Wiper Aspirants Who Had Printed Posters With Raila, Azimio Logos 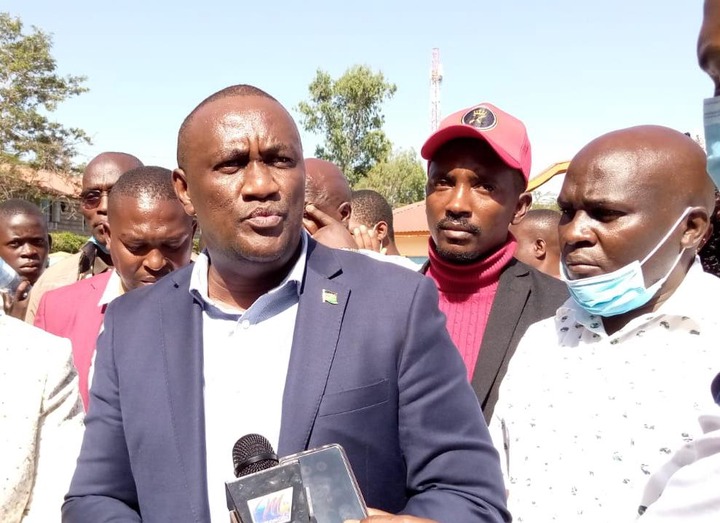 Matungulu member of parliament Stephen Mule has affirmed at as Monday 23, the Wiper party leader Kalonzo Musyoka's decision to run for the presidency in the August polls has not changed despite claims that there are ongoing negotiations between him and Raila Odinga allies, in bid to woo him back in to the Azimio La Umoja One Kenya Alliance camp.

Speaking with KTN News from Athi River where the Wiper is holding a meeting with its officials, and aspirants to re-strategize on the next political move, Mule stated that the discussion on how the Wiper aspirants who had printed their posters with Raila pictures, name, initials as well as the coalition's logo and name will be part of the meeting.

He however noted that if the party's decision to front Kalonzo for the top seat does not change, then the party might be forced to step in and support such aspirants. 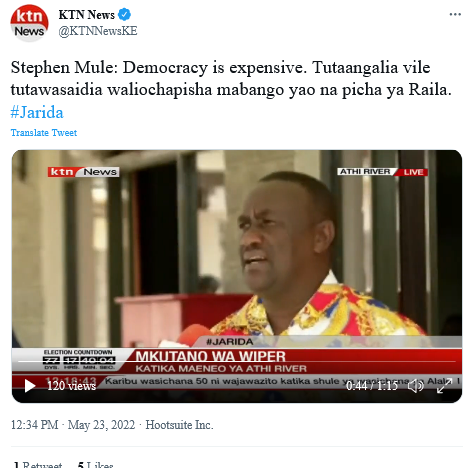 "Democracy is very expensive, and if you are in politics you will experience expenses that you never saw coming. We have seen some of our aspirants already having printed the posters, but things have now changed, we will see what to do. I am sure that such case will arise in today's meeting under the AOBs."

"The party has decided to have our party leader go for the presidency and as at now, the decision has not changed," said Mule.

Kalonzo's running mate Andrew Sunkuli attended the IEBC's pre-nomination meeting at the Bomas of Kenya, where he noted that they will be in the race come August.

'You Chased Ruto From The Gov't' Gachagua Tells Uhuru, Alleges What Raila's Wife Is Planning To Do