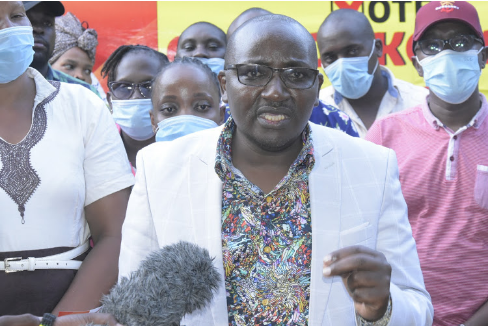 Juja Constituency by-elections aspirant through the People’s Empowerment Party (PEP) that is associated with Gatundu South Member of Parliament Moses Kuria, has claimed that his life is in danger, days after United Democratic Alliance championed by Deputy President William Ruto pledged to support him.

He urged the government to protect him noting that he has been receiving strange calls since he defected to PEP few days ago.

“I am asking the government to provide me with security because I believe my life is in danger. Some strange people have been following me since I defected on Sunday..' he said.

Mr. George Koimburi who is seeking to fill the opposition left vacant by following the death of MP Francis Waititu better known as Wakapee, is confident that he will emerge the winner during the May 18 polls.

The PEP Party stated that they settled on Mr. Koimburi since he was the second during the 2017 elections in the same constituency.

Koimburi informed his supporters that he felt at home contesting for the position under PEP's umbrella and he did not hesitate to term it as a 'Hustler Nation Party.' 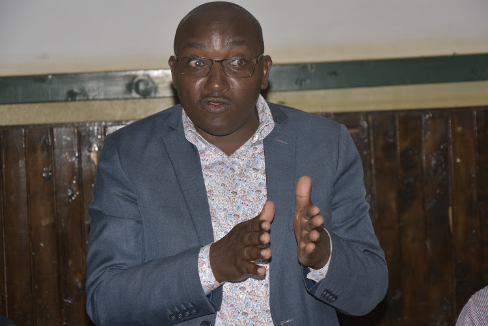 He went on to criticize Jubilee party for undermining democracy affirming that he dumped the party since he realized that the leaders were favoring leadership one of the contestants.

Moses Kuria rubbished claims that he is out to fight the president by fielding a candidate in Juja, an area that is considered Uhuru's gateway to his rural home.