President Uhuru Kenyatta has directed the Ministry of Interior and Coordination of National Government to heighten vigilance across the country over the rising instances of insecurity and volatility in different parts of the country.

In an assertion by State House spokesperson, Kanze Dena, the President directed the Ministry - which is led by Cabinet Secretary Fred Matiang'i and Principal Secretary Karanja Kibicho  to ensure that security officials are more vigilant attributable to the recent instances of attacks in the nation and the instability in the neighboring nations. 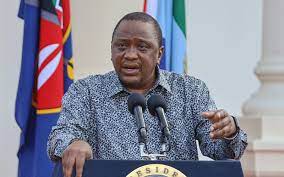 The Head of State, who led the National Security Council meeting on Friday, November 12, noticed that the security levels in the nation were facing challenges that should have been addressed with immediate effect.

His Excellency President Uhuru Kenyatta has directed interior security institutions to heighten vigilance and surveillance across the country after the unfolding security situation in the region, read the assertion signed by Kanze.

The President's directive comes at a time the country's Laikipia county has been encountering increased instances of banditry attacks that have left many individuals dead and thousands displaced.

The Head of State's directive likewise come days after a few attacks were recorded in the larger Northern Frontier region, and more explicitly in the areas of Marsabit.

On Wednesday, November 10, police reports indicated that 11 Kenya Defense Force (KDF) were injured after they were ambushed by armed bandits crooks in the volatile region of Laikipia. 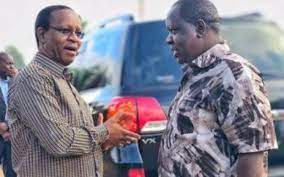 As per the police reports, the soldiers were part of the security officials sent in the area to pacify the situation and prevent the bandits from escaping with stolen livestock.

The attack on soldiers happened barely a day after a similar ambush on General Service Unit (GSU) officers that left two dead.

The two officers were shots dead at close range by suspected bandits in the crisis- stricken Laikipia County.

The President has likewise called for heightened vigilance following the raging conflict in the heighbouring country of Ethiopia, where Tigray forces are engaging Ethiopian authorities in a violent confrontation.

The call for alert was made after reports showed that there was a likely influx of refugees into the country who will fleeing the instability. 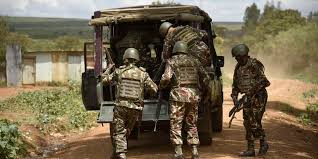 Details Emerge Why Uhuru Is Against Ruto, Moi And Muturi's Presidency And Not Raila

Kenyans Reaction After President Expressed His Disappointment With OKA