By Obedee (self meida writer) | 2 months

Former Governor Kiambu Ferdinand Waititu's son Brian Ndung'u has been transfered to Industrial Area Prison to serve his three months jail term. This is after his father Ferdinand Waititu refused to pay kshs 30,000 that was mean't to bail him out.

Brian was arrested and found guilty of drunk driving before appearing in court where he was given a three month jail term or a kshs 30,000 cash bail. According to Tuko, he called his father ferdinand waititu who refused to pay the cash bail saying that brian should experience what jail life feels like. 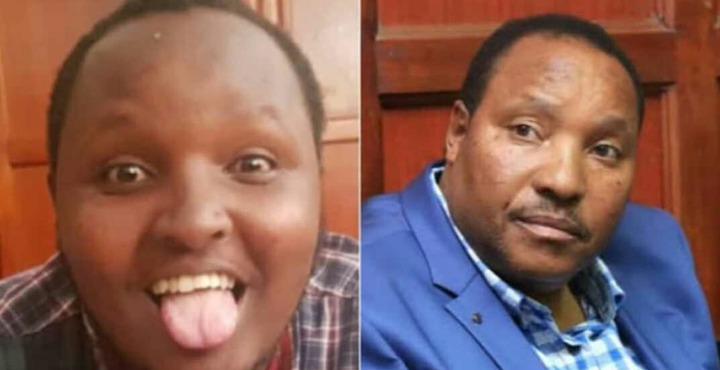 He is then said to have called his mother who replicated the statement of his father. This is when he was transfered to serve his jail term in Industrial area prison. After his parents denied bailing him out, he said that he has been arrested several times and has never asked for help from his parents. 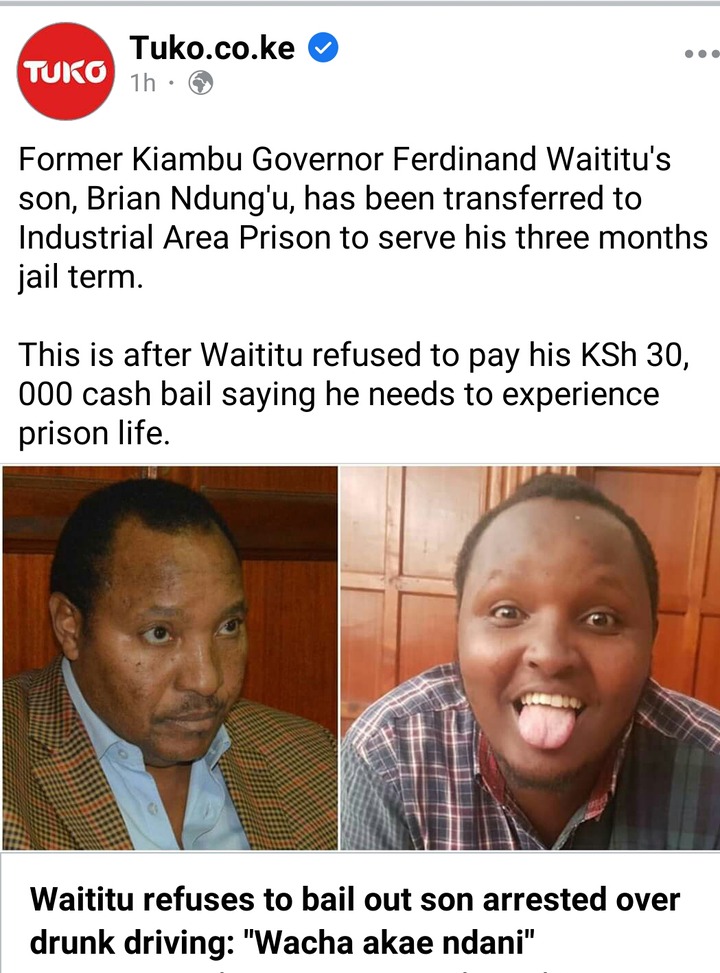 He even said that he resides in a separate servants quarter in his parents home.

Ombaka Trajedy: Residents And Schools Submerged As The Region Records Poor Performance In KCSE Ever

What to eat after working out