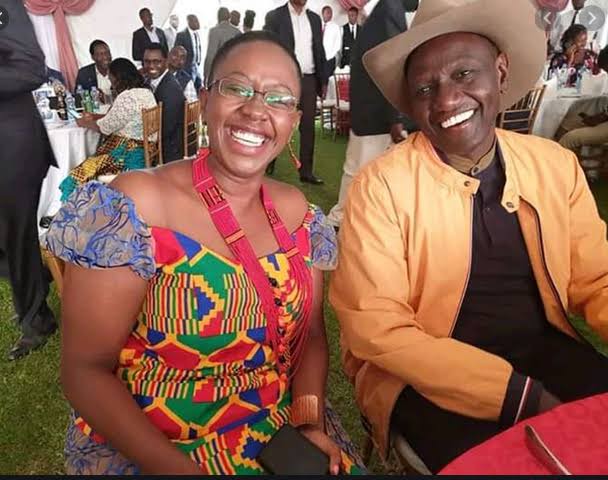 A file photo of DP Ruto with Sabina Wanjiru Chege.

Murang'a county Senator Irungu Kang'ata would emerge the winner if elections for the position of the governor were held today, according to the latest poll by the Radio Africa Group.

According to the results of the poll, Irungu Kang'ata would lead in the race with about 37.3% of the total votes under deputy president William Ruto's United Democratic Alliance movement Party.

Irungu Kang'ata is closely followed by former Kigumo Constituency Member of Parliament Honourable Jamlick Kamau who had given the current governor a very tight competition in the race. 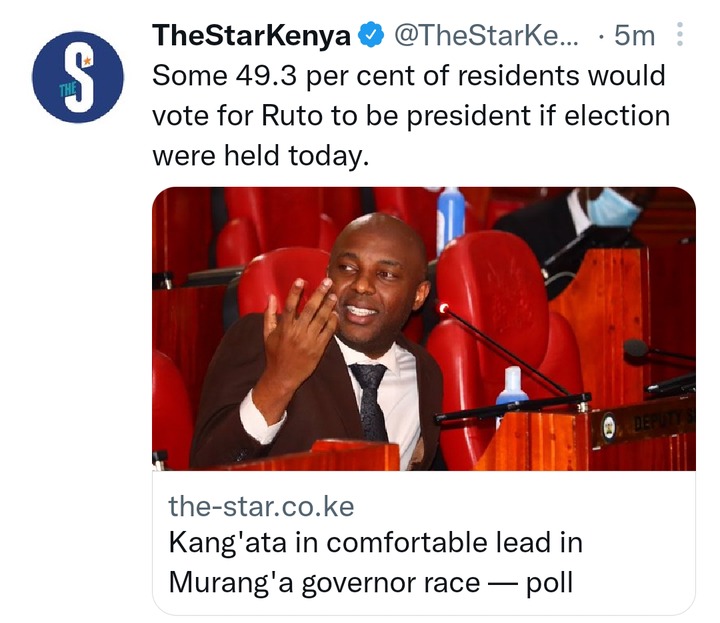 However, despite being a close ally of the Head of State president Uhuru Kenyatta, Murang'a county woman representative Honourable Sabina Wanjiru Chege is trailing at third.

Others are the Principal Secretary in charge of one of president Uhuru Kenyatta's Cabinet Wilson Nyakera who is fourth with about 7.8% with all the other aspirants getting less than five percent approval ratings.

Murang'a county Governor would get more votes from the region than the former Prime Minister Raila Amollo Odinga himself.