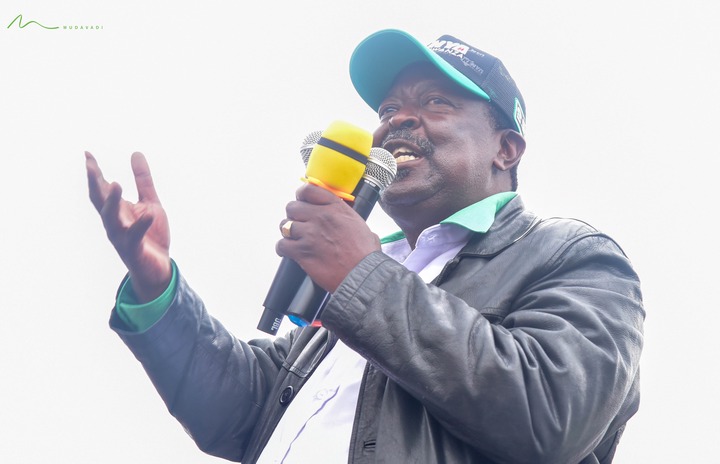 ANC leader and one of the top Kenya Kwanza Principals Musalia Mudavadi has now hit his former political partner Raila Odinga with hard news to take as he reveals to kenyans regions which are now backing DP Ruto's presidential bid.

Among the regions mentioned include Raila's two major political bases, that is Western Region and Coast Region which have been massively behind the ODM leader in the past general elections.

According to Mudavadi, the Mulembe nation has decided to support Kenya Kwanza, and so as the Rift Valley which is now more united towards this course alongside Mount Kenya Region which has massively accepted and Welcomed DP Ruto's bid more positively.

Besides the above mentioned regions, we also have Coast and Northern Kenyan therefore leaving Raila with only Nyanza Region and Eastern Kenya. 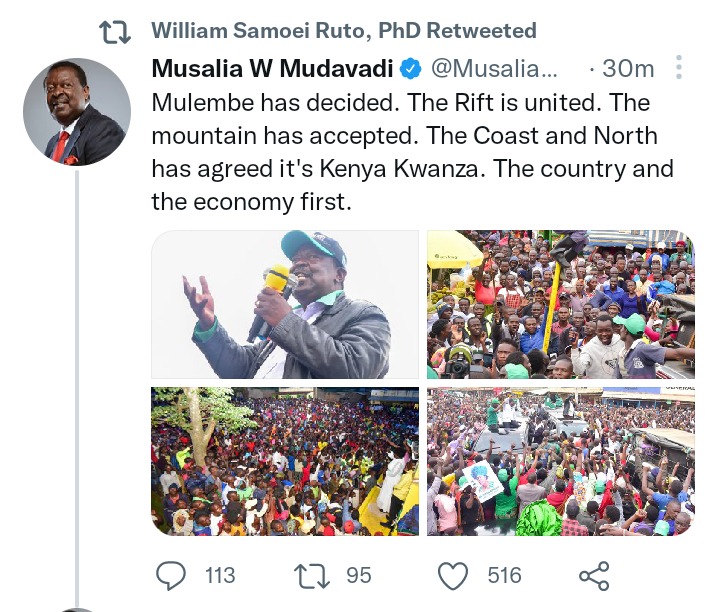 In his current schedule, Mudavadi and Wetangula are set to hit the grounds in almost all corners of Western Region as they are eyeing to deliver about 70% of the votes from the region to Kenya Kwanza.

Even though, it appears to be a tough target to meet especially at these moments when Raila Odinga is increasingly gaining his grounds in Western with the support of the fast rising political party which seems to have killed the strength of ANC and Ford Kenya.

That is Democratic Action Party of Kenya [DAP-K] led by CS Eugene Wamalwa and Wafula Wamunyinyi.