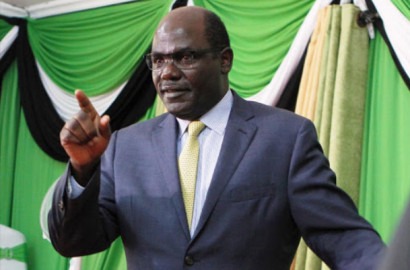 IEBC chairman Wafula Chebukati yesterday revealed that any candidate who will participate in a fundraiser (Harambee) after 9th December this year will not be allowed to participate in the 2022 general elections. Speaking in Westlands during a meeting, he went on Wafula went on to reveal that participating in such harambees will be against the election rules.

This directive comes at a time when politics in Kenya is gaining momentum and aspirants are doing anything to lure the citizens to vote for them. Fundraisers have one of the best platforms for political leaders to sell their agenda.

This is not the first time that the issue of fundraisers is been raised in the political arena, back then we have had the ODM leader Raila Odinga urging the government to ban politicians from participating in fundraisers an issue that was fiercely opposed by Deputy President William Ruto and his allies. Concluding, the IEBC chairman states that they will work closely with the Office of Public Prosecutor to track down politicians breaking this rule and ban them from participating In next year's election.

Today's 22 Matches To Place On and Win

Why Business Man Buzeki Might Not Win The Uasin Gishu Gubernatorial Race.