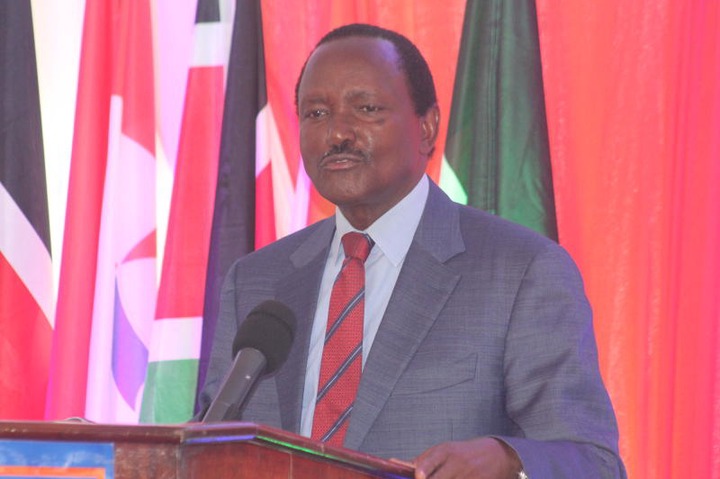 Wiper boss Kalonzo Musyoka can only return to the Azimio La Umoja camp after a few conditions are met by the Azimio leadership, Wiper officials in the United Kingdom have said.

Kalonzo has been out of the alliance for two weeks, after exiting in protest shortly after the coalition failed to make him it's presidential running mate.

Despite reports of talks to have him return to the alliance, there have not been any official reports on the same, apart from confirmations from his allies.

His officials in the UK now say that he might soon have their greenlight to rejoin Azimio, but only after Azimio guarantees him respect as a co-principal.

They have also made it a condition that ODM leader Raila Odinga and President Uhuru Kenyatta commit, through writing, to giving him everything contained in the agreement signed between the three earlier. 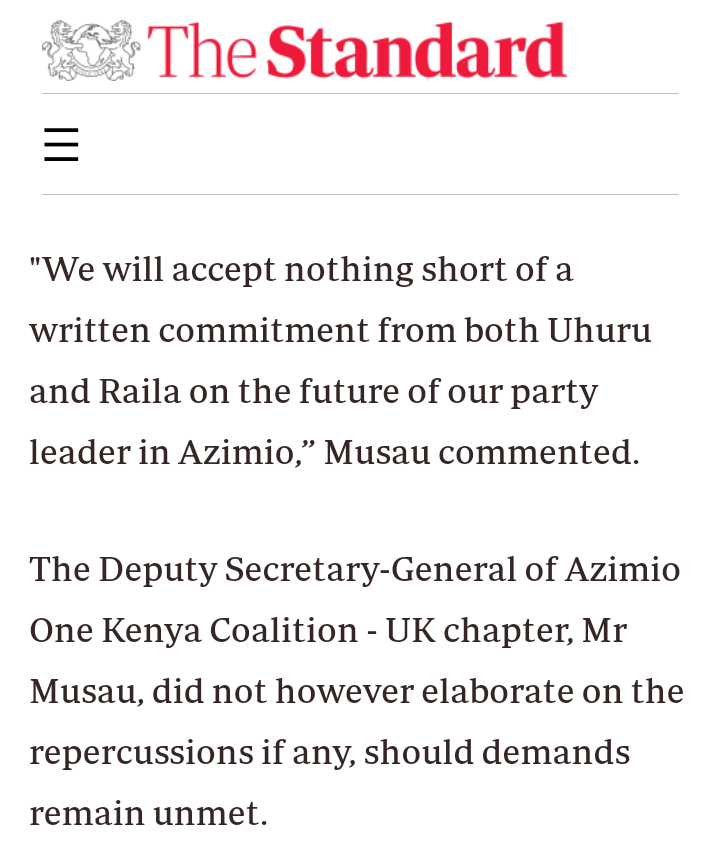 "We will accept nothing short of a written commitment from both Uhuru and Raila on the future of our party leader in Azimio,” Wiper UK Secretary General Thomas Musau is quoted by The Standard.

This comes amid reports that Kalonzo has agreed to return to Azimio, but only after being handed four cabinet ministers; that of Energy, Tourism, Health and Water, on top of the promised Chief CS position.

The Daily Nation had reported that he has also demanded 30 percent of all diplomatic positions in the Azimio government if he is to rejoin the camp.

Kalonzo is now under pressure even from his own allies to rejoin Azimio, with his party's aspirants recently voting in favour of him trooping back.

On Friday, the IEBC removed him from the list of its qualified presidential candidates, the clearest indication that he might be considering going back to the jumbo coalition.

I Will Release Everybody Jailed Over Bhang Possession, Compensate Them Ksh.1M, Says Wajackoyah