By Jay_Moh (self media writer) | 3 months ago 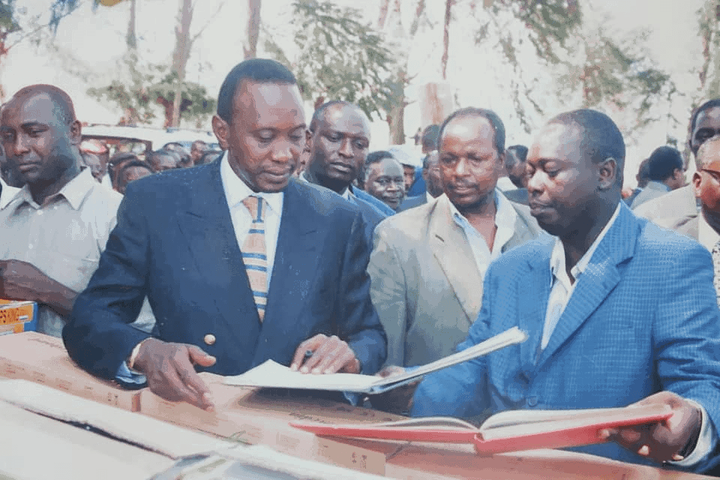 President Uhuru Kenyatta's former Personal Assistant who is also the Mathira constituency Member of Parliament Honourable Rigathi Gachagua has emerged as the best a d most preferred presidential running mate of the second in command deputy president William Ruto.

This could place him ahead of other top politicians who are seeking the support of the deputy president William Ruto by choosing them as their running mate. 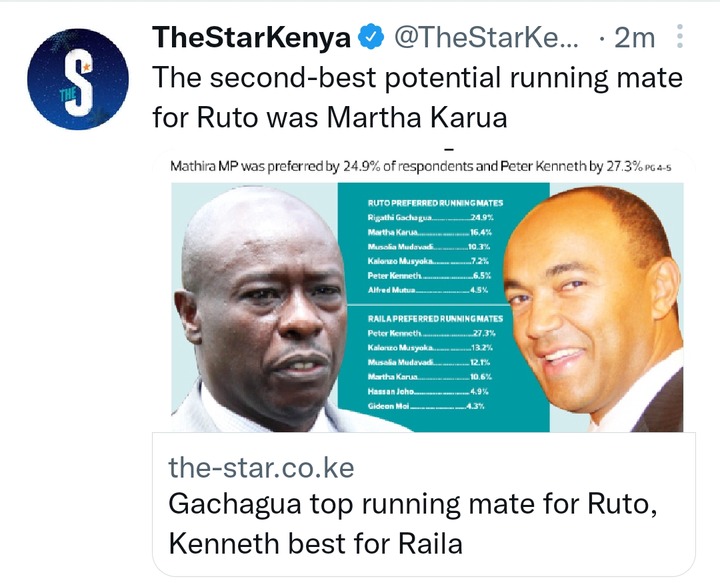 However, latest survey by the Star newspaper reveals that the Mathira MP Rigathi Gachagua would be the best running mate for William Ruto.

Gachagua was preferred for Ruto by 24.9 percent of respondents and Peter Kenneth for Raila by 27.3 percent.

This is despite Rigathi Gachagua having claimed that he spent millions of money to fund President Uhuru Kenyatta‘s presidential campaigns during the 2013 and 2017 general elections.

“In 2013, Uhuru came to me and I asked me to fund to his campaigns and nobody had an issue with me. I gave money to him as a friend. In 2017 during the repeat Presidential elections, I told DP Ruto and Uhuru and leave Nyeri for me, where I used my money."he claimed in a past interview.