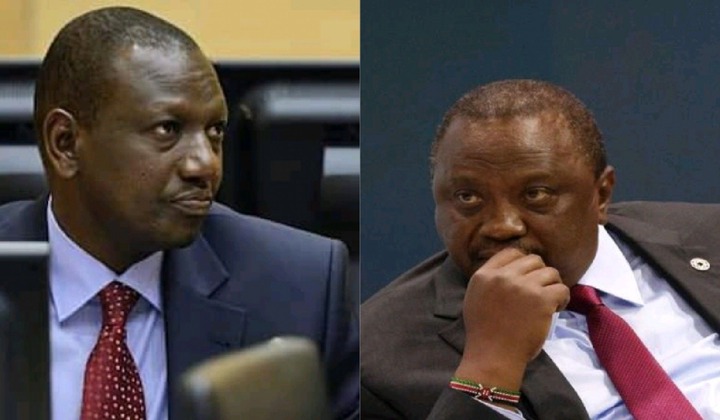 Lawyer Miguna Miguna has raised another new details over International Criminal Court(ICC). Miguna claims Lawyer Paul Gicheru was taken to Hague by Uhuru Kenyatta. The move was part of the president's grand plan to block William Ruto from 2022 presidential ballot. According to Miguna a person known as Karim Khan knows what the president did to ICC witnesses. Miguna says Khna was elected as Chief Prosecutor in the International Criminal Court. "Unfortunately for the despot Karim Khan who knows what Uhuru did to ICC witnesses, was elected the ICC Chief Prosecutor." Miguna noted on Tuesday, June 28, 2022.

However, ICC deputy prosecutor implicated Dp William Ruto in the alleged witness tampering scheme. According to sources on Monday June 27th, James Stewart said that the bribery scheme was orchestrated by lawyer Paul Gicheru. Gucheru was linked with more than ten other associates. “There is no innocent explanation consistent with the prosecution’s evidence, nor has any been suggested by the defence. It proves beyond reasonable doubt the accused’s essential role in the implementation of the witness interference scheme described below, which was conducted for the benefit of William Samoei Ruto,” said Stewart.

Further, sources also indicated that the deputy prosecutor mentioned an analysis of Gicheru’s phone data and his close friendship with Ruto. The Simatwo’s position in AMACO, an insurance company linked to Ruto indicated that the group worked together to influence the witnesses. Further, On March 2011 Henry Kiprono Kosgey was summoned at ICC over crimes against humanity. The crime he allegedly committed during the 2007-2008 post-election violence in Kenya. On 23 January 2012, the Judges declined to confirm the charges against Mr Kosgey. His case also involved William Samoei Ruto and Joshua Arap Sang. The Ruto and Sang case was terminated on April 5th, 2016. 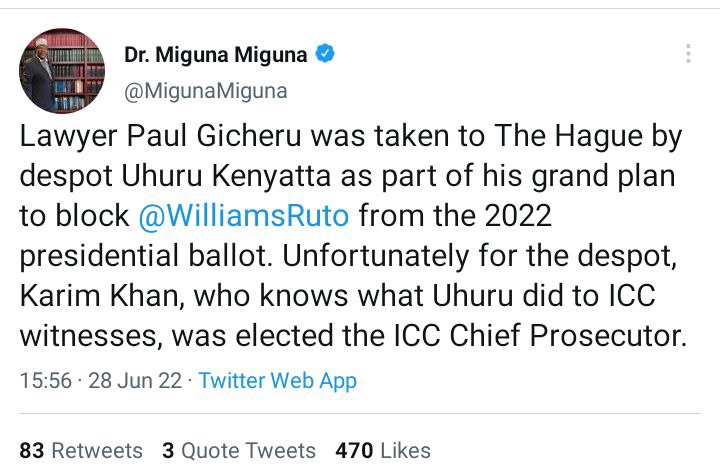 Widening Gap Between Ruto And Raila In The Recent provision Presindetial Results As At 17:20pm

The Number Of Votes DP Ruto And Raila Has As Per 18:45 PM Provisional Presidential Results Released

Provisional Presidential Results Shows Raila And Ruto At 7 Million Line, These are the Results