Jimi Wanjigi petitions the court to prohibit the IEBC from printing ballots.

By Carle (self media writer) | 1 month ago

A presidential candidate requests that the High Court prevent the Independent Electoral and Boundaries Commission (IEBC) from printing ballots until his case contesting the commission's decision to exclude him has been heard and decided. 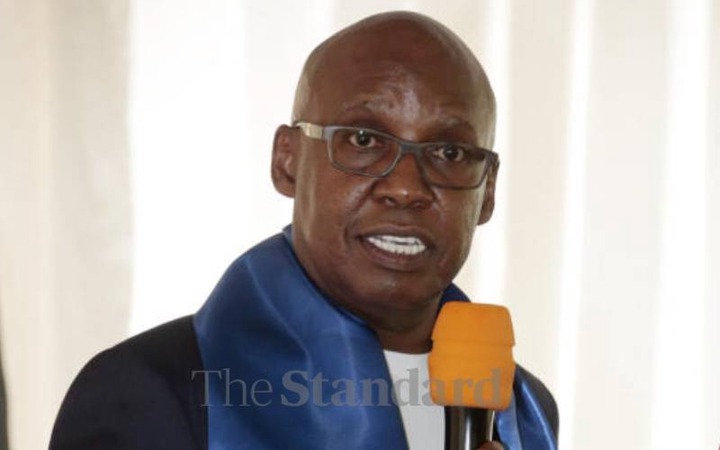 Jimi Wanjigi of the Safina party contended before Justice Jairus Ngaah that despite completing all the standards, the commission neglected to include his name in the presidential election.

While criticizing the IEBC committee for dismissing his plea, Jimi stated that IEBC was breaching his political rights and denied his supporters the chance to vote for the candidate of their choosing.

He stated that IEBC's assertion that he lacks a university degree is false because he is now pursuing a master's degree at Daystar University.

He claimed that the IEBC was biased and failed to provide him with a forum to present his side of the story.

In addition, he claimed that the IEBC tribunal decided on grounds that were not argued in the case. According to him, the court said he had presented his documents late, despite the fact that the issue was not addressed before the court.

He stated that notwithstanding the tribunal's conclusion, IEBC confirmed it had received materials containing a list of supporters from twenty-four counties.

In his case, he filed a lawsuit against Wafula Chebukati, the IEBC, and its tribunal.

"The respondents acted irrationally when they rejected substantial evidence that the ex parte applicant's list of supporters was compliant in 24 counties as required by law," stated Jimi's attorney, Willis Otieno.

Content created and supplied by: Carle (via Opera News )

Counties Where Dp Ruto Beats Raila According To Provisional Results

Interesting Statistics As Ruto Beats Karua In Her Own Polling Station In Gichugu, Here Are Updates

Updates On Provisional Result On Presidential Race As At 7:00am Today

Oburu Odinga Reaps Big After His Main Rival in The Senatorial Race Concedes Defeat, Congratulate Him