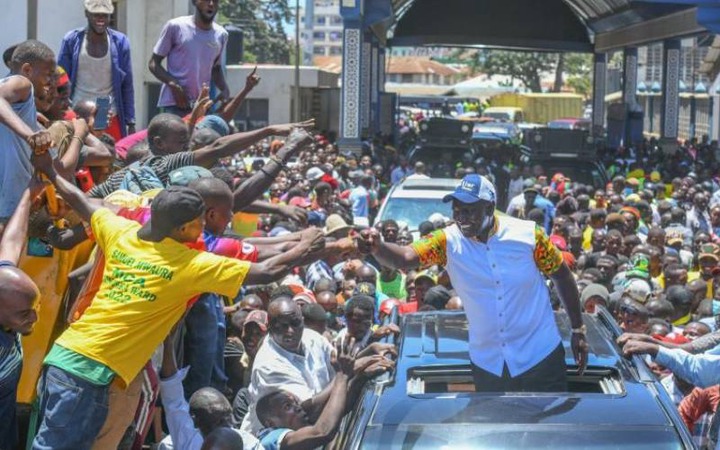 Deputy President William Ruto is clearly lying with regards to his recent remarks that he has not kicked off his campaigns for next year's elections, National Assembly Speaker Justin Muturi has said.

Ruto recently denied engaging in campaigns, saying that his cross-country tours are about supervision of state development projects and collection of feedback from the targeted Kenyans.

But Muturi has termed this a lie, saying that Ruto is clearly on the campaign trail as he eyes the presidency and adding that this is something that even little children can see even as he denies it.

He on Sunday said that his opponents like Ruto are not only campaigning but have always been doing it for the longest time, terming the lies being told a bad example for the younger generation.

"Even children can tell when you are lying. Tell the people the truth, stop lying. What example are you setting for the young generation?” he said at the St. Stephens PCEA Church in Lari, Kiambu. 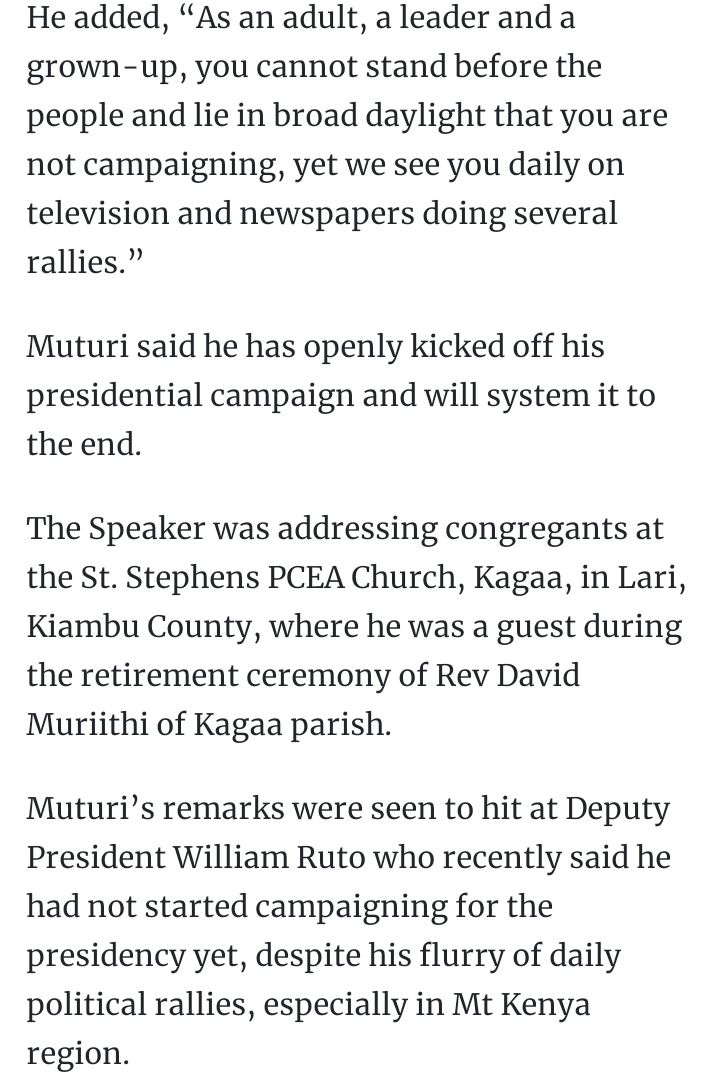 He added that it is the same group that has also been showing disrespect for the church by politicking in the altar and saying lies at the pulpit.

Muturi found this is unfortunate, stressing on the need for politicians to fear God. He said that it is because of his fear for God that he never does politics in churches, urging the others to emulate him.

"They stand before the Church and lie to congregants. I respect the pulpit, I don't do politics in church because we must fear God. I call upon other political leaders to respect the place of worship," added the former Siakago MP.

Despite going around the country drumming up support for his 'Bottom Up' model, Ruto has held that he is still awaiting the greenlight from the IEBC to officially kick off his campaigns.