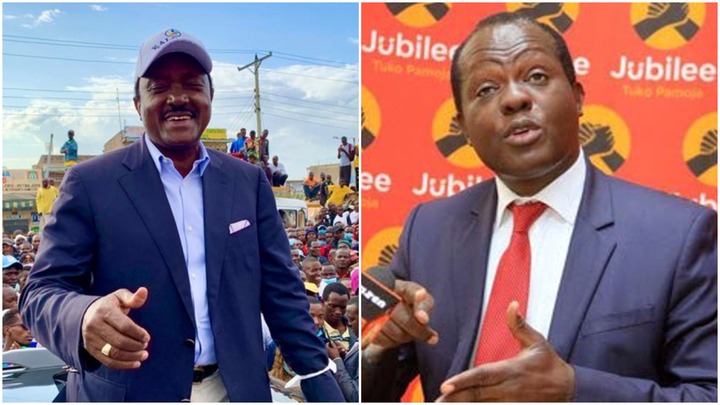 The Azimio's Executive Director Raphael Tuju while speaking with the Sunday Nation argued that by the end of the day, it will be upon the former vice president to decide on what he will do.

He affirmed that Kalonzo has his democratic right which could be in accordance with the guidelines provided by both the IEBC as well as the Office of the Registrar of Political Parties.

"You cannot stop anyone who wants to run as long as you do it within the context of the law. If Kalonzo can run as Wiper, then it will be the Registrar of Political Parties to decide, and If he is to run as an independent candidate, then it is the IEBC to decide," said Tuju.

Based on the legal procedures of the Azimio-OKA coalition agreement, a party can only leave the alliance 6 months before election, and three months after polls, a clause that makes it hard for the Wiper party to ditch the camp.

Some of the Wiper leaders have however stated that they have collected signatures to front Kalonzo as an independent candidate if things fail t turn out as they expect.