"You Must Know There is Life After Uhuru, Jubilee" Lawyer Ahmednasir Tells CJ Koome After New Blow 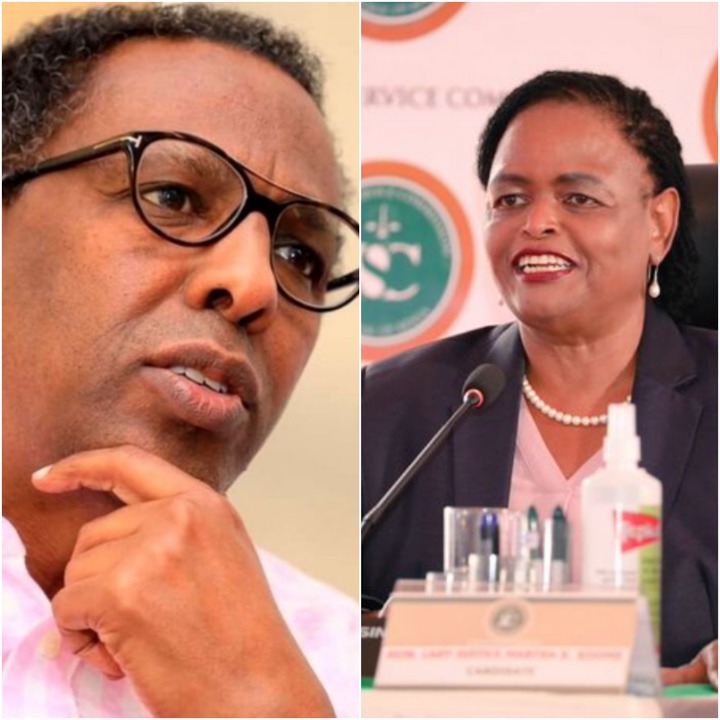 City Lawyer Ahmednasir Abdullahi has again been forced to fire back at the Supreme Court Judge Martha Koome over the new controversial court statement that seems to have been directed to lawyers of certain characters.

And when I say lawyers of certain characters, I simply mean those vocal lawyers who are always fond of talking of court issues or affairs with public, influencing and also predicting the outcome of the court cases before the final judgement is made by the judge or judges.

In relation to the BBI case where the Chief Justice Martha Koome told off lawyers to stop commenting or predicting the outcome of matters that are still before the court, she has come out again with almost a similar statement telling lawyers on how to behave during the presidential election petition.

In her letter statement, she has triggered the anger of the Senior lawyer by making it more clear that upon the commencement of the hearing of the petition of the court, litigants, their advocates and advocates' agents shall refrain from expressing their opinions on merits, demerits or predicts the outcome of the petition.

This has however made the City Lawyer to respond back to her by informing or reminding her that there is still life after President Uhuru Kenyatta whom he always suspect to be more allied to the Chief Justice.

Ahmednasir has even gone ahead to remind the CJ that Uhuru Kenyatta and government now have only 76 days left before they could get replaced by a new government under a new president after the August general elections. 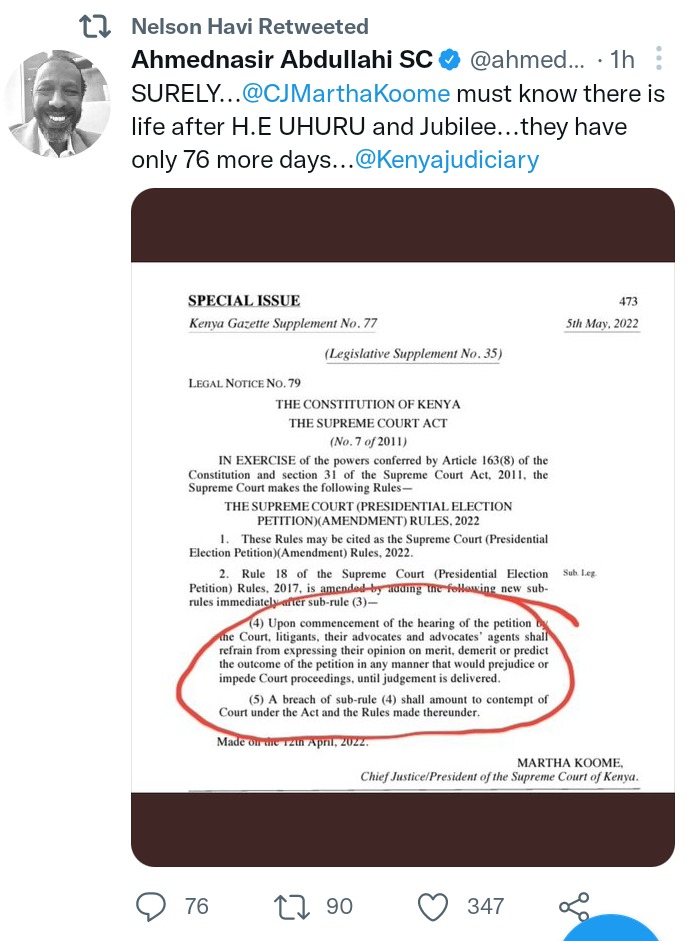 This is however not the first time Lawyer Ahmednasir has shown that he is not in good terms with the Supreme Court Judge.

He is part of the team of lawyers including former LSK boss Nelson Havi who were suspecting that the CJ would make a judgement in favor of the handshake duo in the BBI case.