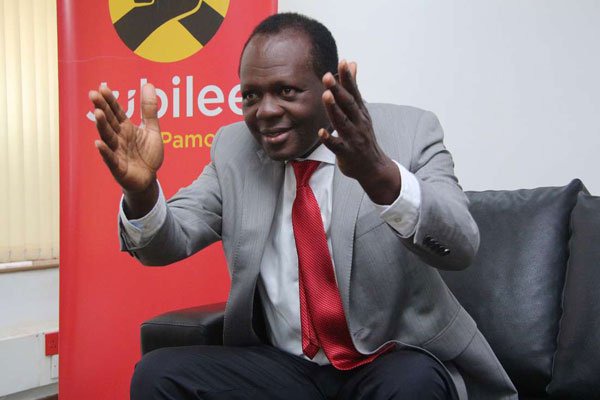 The Jubilee party has now moved it's expulsion shocker to MCAs. This comes just days after the party expelled six nominated senators who were seen as defiant and I discipline towards the party organs.

According to blogger Lord Abraham Mutai,the Jubilee party shocker has now landed on members of the county assembly. The Nyandarua county MCAs have today been expelled from the party in what is cited as a punishment for gross misconduct.

The six Members of the Nyandarua county assembly are; 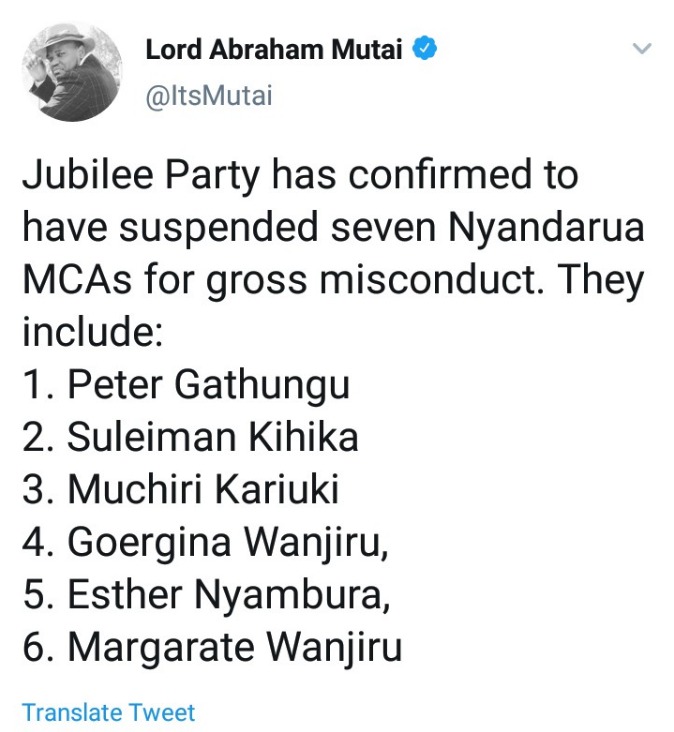 The six will now face the wrath of the party after the party secretary general Raphael Tuju sent the Nyandarua county assembly a letter demanding him to announce their positions vacant.

The expulsion will also attract a fine of 100000 each. The move by the party comes after the county t assembly has experienced unrests and fall outs. They have attempted to Impeach the speaker twice.

The six have been banned from carrying out any house business immediately.

Abraham Mutai Jubilee Nyandarua Peter Gathungu
Opera News is a free to use platform and the views and opinions expressed herein are solely those of the author and do not represent, reflect or express the views of Opera News. Any/all written content and images displayed are provided by the blogger/author, appear herein as submitted by the blogger/author and are unedited by Opera News. Opera News does not consent to nor does it condone the posting of any content that violates the rights (including the copyrights) of any third party, nor content that may malign, inter alia, any religion, ethnic group, organization, gender, company, or individual. Opera News furthermore does not condone the use of our platform for the purposes encouraging/endorsing hate speech, violation of human rights and/or utterances of a defamatory nature. If the content contained herein violates any of your rights, including those of copyright, and/or violates any the above mentioned factors, you are requested to immediately notify us using via the following email address operanews-external(at)opera.com and/or report the article using the available reporting functionality built into our Platform