Former Kakamega senator Boni Khalwale has has told ODM leader Raila Odinga to stay away from the Women of Kenya, claiming that the ODM leader is using a single position to hoodwink Women that he cares for them. 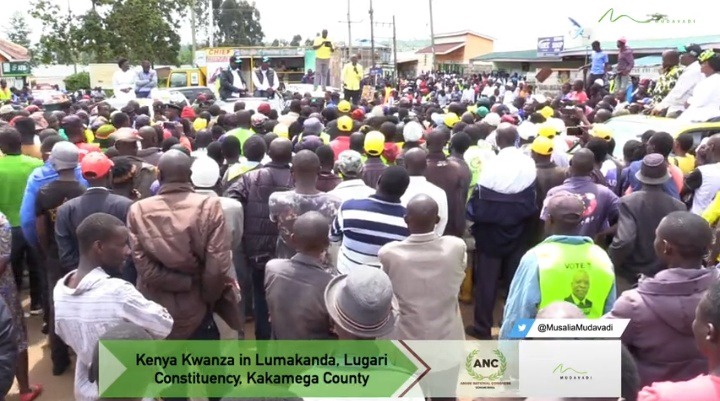 Speaking today during a Kenya Kwanza campaign rally in Lumakanda, Lugari Constituency in Kakamega County, Khalwale said that Raila naming mother Karua as his Running Mate was a well orchestrated move by Mr. Odinga to win the dube women that he cares for them.

"Raila don't like Martha Karua, he don't like women. He has picked her as Running Mate to hoodwink Kenyans to vote for him," Khalwale said.

The vocal politician claimed that it is only the Kenya Kwanza team that has the women of Kenya at heart, adding that some of the top position in the country like governor, the Kenya Kwanza wing nominated 5 female candidates to fly the flag while Raila's Azimio wing only nominated one.

"Raila has only nominated one woman (Gladys Wanga of Homabay) to be a governor while in Kenya Kwanza, we have Ann Waiguru(Kirinyaga), Aisha Jumwa(Malindi), Cecile Mbarire, Susan Kihika(Nakuru) and Faith Gitau(Nyandarua),a total of five out of 47," Khalwale said.

"Raila wacha karata na ukuende huko (Raila stop the game and go away). Leave our Women Alone, we all know your history with women," he added (Between 15 to 17 minutes). 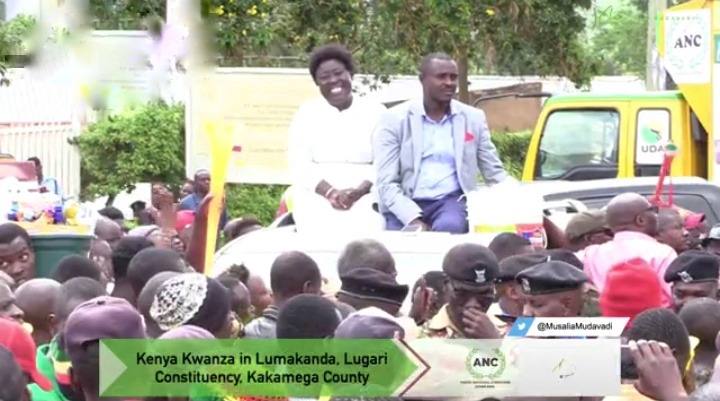 Khalwale who is vying for the Kakamega senatorial seat after staying in the cold for the last 5 years, also asked the two Women Representative aspirants to have a talk and decide on one candidate who will fly the Kenya Kwanza flag.

He asked Mudavadi to lead the negotiations that will see the two Women Rep Aspirants (Hadija Nganyi of UDA and Connie Lusweti of ANC) reach an agreement to front one candidate. He also lectured the Women Rep aspirant not to give them hard time in negotiations.